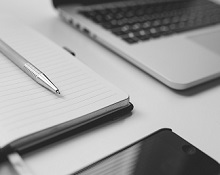 ScreenSkills’ production co-ordinator training programme is now open for applications for the London-based part of the scheme.

The end goal is very much focussed on becoming a production manager, towards which training to be a production co-ordinator is a natural step.

The scheme is for those in the early stages of their career and already working in the TV industry as a runner, assistant, production secretary or production management assistant.

Successful applicants will receive seven days’ fast-track training delivered by the BBC Academy and industry experts, providing an overview of the production co-ordinator role in the TV industry including working on documentaries, entertainment, drama, live studio and location filming. The final evening will include an industry networking event.

They will also have an industry mentor and three months’ paid work placement in a production company.
For full details on submissions criteria and how to apply, click here. The deadline is 27 August.

Applications for training in Salford and Glasgow will open later in the year.