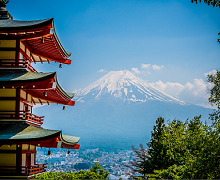 A major new adaptation of James Clavell’s historical novel Shogun is set to film in the UK next year, with a short stint also taking place in Japan.

The 10-part drama has been commissioned by FX and will be produced by DNA Films & TV, with the company’s Allon Reich and Andre Macdonald among the executive producers.

Clavell’s novel was first published in 1975 and by 1990 had sold 15 million copies worldwide. Set in feudal Japan in 1600, the story centres on two ambitious men from very different backgrounds and a mysterious female samurai.

Production Intelligence subscribers can log in for more details on Shogun including the executive producers, lead director, producer, casting director and production designer, along with the estimated start date for filming.

DNA is also busy on the UK side of filming for Devs, Alex Garland’s TV debut.