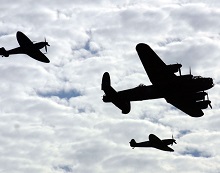 A major new BBC One drama, World on Fire, is gearing up to film in the UK and Czech Republic in early autumn.

The seven-part World War Two drama will span the first year of the conflict from the German invasion of Poland to the Battle of Britain.

Bowker said at the time of the commissioning news: “These are the stories of the ordinary people who shaped our world.

"Stories of loyalty and brutality, courage and fear, hopes, stories of love and loss, hopes and dreams forged in extraordinary times.”

Bowker executive produces alongside Damien Timmer and Helen Ziegler for Mammoth Screen and Lucy Richer for the BBC.

Production Intelligence subscribers can log in for more on World on Fire including the names of the casting director, line producer, production designer and DoP.