Banking on Mr Toad to film in spring 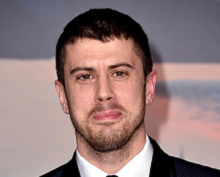 The long-gestating biopic of author Kenneth Grahame is now set to film in spring next year at Pinewood Studios.

Banking on Mr Toad stars Toby Kebbell (pictured) as the author of The Wind in the Willows, who was secretary of the Bank of England when he wrote the book in the early 1900s.

Grahame’s much-loved characters of Toad, Ratty, Badger and friends were born out of the bedtime stories he would make up for his son, Alastair, who suffered poor health and was blind in one eye.

Lena Headey is in talks to play Grahame’s wife Elsie with CGI to be used to recreate some of the riverbank creatures.

Luis Mandoki directs from a screenplay by producer Timothy Haas of Haas Silver Levene Studios. The film, which has been in development for several years, was due to shoot in Ireland and Prague but was adversely affected by the fallout from the British-Irish banking collapse.

Banking on Mr Toad is part of Haas Silver Levene’s slate of features based on real lives, such as Legacy of Fire, starring Malcolm McDowell as composer Richard Strauss, which is due to film in Germany next year.