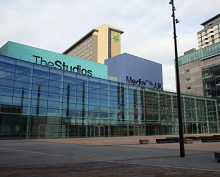 In the early evening (and repeated an hour later) there will be a masterclass in secret filming and recording for television, hosted by Nigel Abbas, leading TV media lawyer and founder of Abbas Media Law.

Secret filming can assist programme-makers and broadcasters to expose wrongdoing and other matters in the public interest and can also be used in entertainment formats.

Whatever the genre, secret filming has the potential to become a serious infringement of the privacy rights of those being recorded, and there are numerous rules and regulations that need to be followed.

There will also be tips on best practice and advice on the processes to follow before filming and prior to broadcast.

On the same day, 17 October, PRS for Music will host a session from 6.15-7.15pm on music licensing for independent production companies.

PRS for Music will outline the licensing process for production managers working in the independent sector. Discussions will cover a wide range of topics within the subject, including how to get a licence, the differences between PRS for Music and MCPS and music rights.

PRS for Music represents the rights of over 125,000 songwriters, composers and music publishers in the UK. As a membership organisation it ensures creators are paid whenever their music is played, performed or reproduced, championing the importance of copyright to protect and support the UK music industry.

Both workshops are free to attend (to members and non-members of the PMA) and include networking and refreshments. They will be held at The 7th, The Landing, Blue Tower, MediaCityUk, Salford, M50 2ST.