Pride and Prejudice from Victoria producers 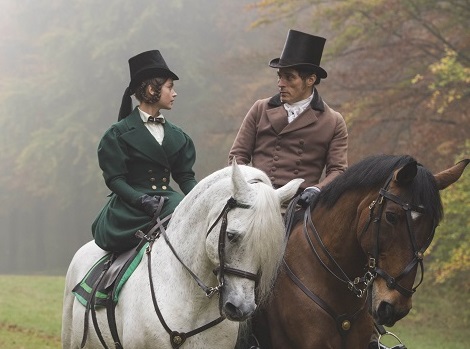 The producers of period dramas Victoria and Poldark are developing a new small-screen adaptation of Jane Austen’s classic Pride and Prejudice.

Mammoth Screen is working on a new version for ITV from English theatre director and playwright Nina Raine, whose fourth play, Consent, premiered at the National earlier this year.

Radio Times reported the news of the reboot, saying dates and cast had yet to be confirmed.

Raine told the outlet: "Pride and Prejudice is actually a very adult book, much less bonnet-y than people assume. I hope I do justice to Austen’s dark intelligence – sparkling, yes, but sparkling like granite.”

Mammoth Screen’s managing director Damien Timmer said: “In this age of the box set – with audiences loving to binge on complex, serialised dramas – it feels absolutely right to reassess the great classics. Every generation needs its own adaptation of this perfect novel.”

The company is busy with many hefty productions at various stages. The fourth series of Poldark is deep into pre-production in Bristol readying for a late summer shoot, the six-part adaptation of Vanity Fair is due to start filming in London and Budapest around the same time, and production is underway in Scotland on Agatha Christie’s Ordeal by Innocence.

Mammoth Screen has several other major projects in development: Production Intelligence subscribers should log in and follow the company to receive email alerts as we update on its busy slate.