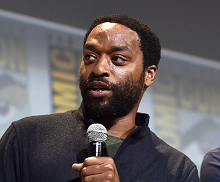 Oscar-nominated actor Chiwetel Ejiofor is set to make his directorial debut with The Boy Who Harnessed the Wind.

The film is an adaptation of the 2009 book by William Kamkwamba and Bryan Mealer which tells of Kamkwamba’s childhood in Malawi and his long-held dream of bringing electricity and water to his village.

He wanted to attend boarding school to study science, but a famine in 2002 left his family’s farm decimated and Kamkwamba had to forage for food during a terrible period of starvation, abandoning his hopes for a structured education.

With his love of electronics and the use of books from the library, the 14-year-old set about making a windmill from bits of scrap metal. He succeeded in producing a contraption which, although crude, powered a handful of lights.

Kamkwamba then went on to fashion a second machine, a functioning water pump, changing the lives of those around him and earning him admiration across the world.

The Boy Who Harnessed the Wind is produced by Andrea Calderwood and set to film in the autumn. Locations have yet to be confirmed, but Malawi itself was recently reported to be on the shortlist.