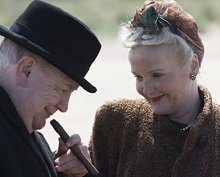 The forthcoming feature film Churchill starring Brian Cox as Winston Churchill filmed across various Scottish locations in the summer of 2016.

Edinburgh and East Lothian were the prominent backdrops used to double for London and Kent in the period feature.

Set during the few days before the D-Day landings of June 1944, the film centres on the prime minister as he battles with his decision to launch the allied forces attack in Normandy.

Simply called Churchill, the film comes from Salon Pictures and is directed by Jonathan Teplitzky, who also used Scotland to film The Railway Man in 2012.

The 17th century house, Newhailes in Musselburgh (below), built in the Palladian style, stood in for Churchill’s family home, Chartwell. The National Trust for Scotland building also provided the backdrop of the scene in which Cox delivers Churchill’s famous final broadcast to rally the troops ahead of the D-Day landings. 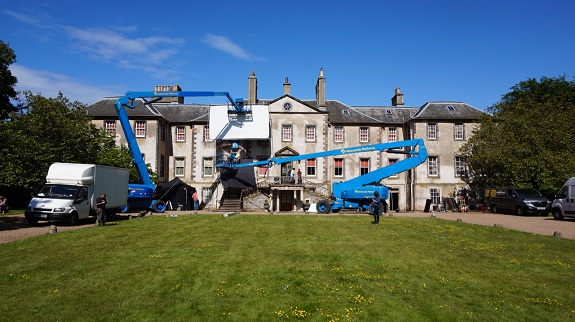 Edinburgh’s Calton Hill (below) which houses many notable buildings such as the headquarters of the Scottish government was also used, with the pillars of Scotland’s National Monument becoming the setting for Churchill’s meeting with Eisenhower, then the supreme commander of Allied Expeditionary Forces.

Other key locations used in the film include Cramond Foreshore, Rutland Square and Yellowcraig Beach in East Lothian, seen when Churchill is recalling the disaster of Gallipoli in 1915 and fearing the same mass slaughter in Normandy. 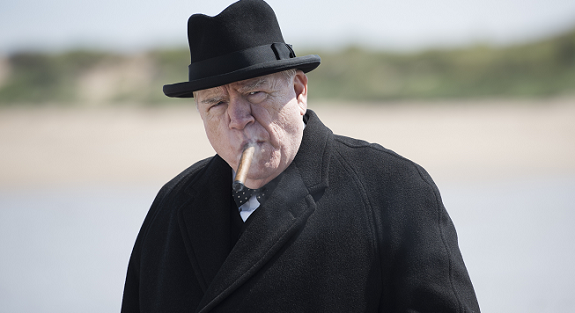 Film Edinburgh worked closely with the production team to source locations. Producer Paul Van Carter of Salon Pictures said: “It was terrific to be back filming in Edinburgh and East Lothian last summer.  The diversity of locations, alongside availability of quality local crew in such close proximity to Edinburgh’s city centre made this the ideal base for our Scottish filming schedule.”

Rosie Ellison, Film Manager for Film Edinburgh, said: “There is a close working relationship between Film Edinburgh, East Lothian Council and City of Edinburgh Council to help facilitate productions of every scale. We were all thrilled to welcome back director Jonathan Teplitzky to the region for the filming of Churchill. The film is a terrific showcase of the diversity in locations the region has to offer.”

The Edinburgh city region has enjoyed a record-breaking year for film with 2016 productions injecting £7.7m into the local economy, an 11.5% rise on 2015 figures, according to Film Edinburgh. Alongside Churchill, 321 productions filmed in the region in 2016 including T2 Trainspotting and dramas including Outlander and BBC Three’s Clique.

Plans have recently been approved in principle for a purpose-built, privately-owned studio space in Scotland, currently the only UK nation without a designated film facility of a significant size. The Scottish government also faces ongoing lobbying to provide a state-financed facility.