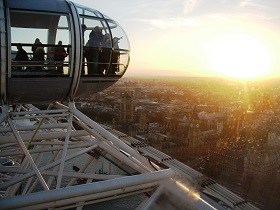 A new programme headed by Film London has been launched to help certain European territories cut carbon emissions and improve their green credentials within the film and TV production industry.

The pan-European project, Green Screen, will run until 2021 and aims to use €2m funding across eight regions to cut the screen industries’ C02 rates with policy improvement a key factor.

The scheme is largely funded by Interreg Europe and will draw on support from nine organisations within Europe. Greenshoot, a UK-based sustainability and environmental consultancy is among the backers.

The eight territories represented by Green Screen are London, Paris, Ystad, Rzeszow, Bucharest, Bratislava, Malaga and Flanders. Each will work in partnership with industry experts to share knowledge and best practice, building a picture of how best to enhance the green criteria of the thousands of productions filmed in Europe each year.

Adrian Wootton, chief executive of Film London and the British Film Commission, said: “This is an exciting initiative to find practical solutions to help the continent’s screen industries reduce their carbon footprint. We’ve already notched up considerable successes with our own localised carbon reduction scheme, working with the likes of Left Bank Pictures and leading ad agency adam&eveDDB.

“I’m proud that Film London is co-ordinating this project, and I’m looking forward to working with our European partners as we move towards a body of work that will produce environmental improvements at local, regional and European level.”