As the UK votes decisively to leave the European Union, the film and TV sectors are in limbo.

Following the resounding win for the vote Leave campaign in the EU referendum, which was a 52%-48% vote in favour of exiting the Union, the UK film and TV sectors have been left shocked and in limbo.

The two sectors had recently expressed strong sentiment in favour of remaining in the European Union, which is the major trade partner of the UK and which provides millions of pounds in subsidies to the UK market as well as a number of frameworks for coproduction.

That structure is now in serious doubt. 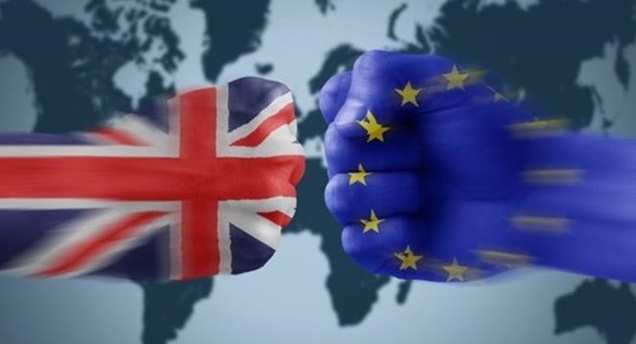 The uncertainty over the current strength of the pound, which has dipped significantly overnight, may also pose short-term questions for US and international productions considering the UK as a shoot destination.

Michael Ryan, chairman of the Independent Film & Television Alliance and partner of sales outfit GFM Films, commented: “The decision to exit the European Union is a major blow to the UK film and TV industry. Producing films and television programmes is a very expensive and very risky business and certainty about the rules affecting the business is a must.

“This decision has just blown up our foundation – as of today, we no longer know how our relationships with co-producers, financiers and distributors will work, whether new taxes will be dropped on our activities in the rest of Europe or how production financing is going to be raised without any input from European funding agencies.

“The UK creative sector has been a strong and vibrant contributor to the economy - this is likely to be devastating for us.”

This week the Creative Industries Federation, whose 1,000 members include Fox, Aardman, Lionsgate, Channel4, NBC Universal and Disney, said that according to a recent survey 96% of its members backed Remain for reasons ranging from freedom of movement of talent to ERDF and other EU funding and the desire to be at the table for crucial IP negotiations.

Today Creative Industries Federation CEO John Kampfner pledged that the organisation would play a positive role in safeguarding the future of the UK’s arts, creative industries and cultural education:

“As the UK creates a new identity and a new position on the world stage, our arts and creative industries - the fastest growing sector in the economy - will play an important role.

“It will be vital for all sides to work together to ensure that the interests of our sector on issues including access to funding and talent are safeguarded as the UK forges its new relationship with Europe. The importance of British culture in representing our country to the world will be greater than ever.”

Earlier this week, a high-profile delegation of UK film and TV producers contacted industry to warn of the dangers of a UK exit from the EU.

“Creative Europe [the more recent iteration of the MEDIA programme] has supported 227 UK cultural and creative organisations and audiovisual companies, including 52 UK cinemas in the Europa Cinemas network, and the cinema distribution of 84 UK films in other European countries, with grants totalling €40m [$44m],” an EC spokesperson told Screen in March.

“If we leave, we lose a lot of the glue that makes our business successful,” commented producer Rebecca O’Brien of Sixteen Films at the same time.

“Most US distributors operate their European head offices out of London, and British film companies benefit from EU support for film. The UK leaving the EU would be a significant backward step for British and European cinema.”

Find out what the practical and legal ramifications of Brexit are for the UK and European audiovisual sectors here.