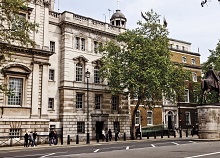 A spirited panel of speakers offered their thoughts on several subjects re: the current state of UK production, including the BBC's plan to commercialise its production division (which of course ignited swift opposition from PACT and indie production companies), the very lively discussion between ITV and Sky's directors of policy on the fee based relationship between platforms and broadcasters, and a well-rounded debate regarding skills and diversity in the production workforce.

Here are some bite-sized nuggets for you to take away, we hope you enjoy them:

"22 out of 24 companies involved in high-end TV production when [surveyed] said they had experienced difficulties in crewing for their latest production."

"77% of companies in UK TV production when [surveyed] reported they had vacancies to fill."

"I do think we help each other significantly, however I think a discussion has to be had on the equity split between us as a broadcaster [ITV] and Sky as a platform." Â

"The problem is nepotism. Too often you go to major companies and people are working there because of their mum or dad's connections rather than merit and skill."

"It doesn't matter how big or small you are as a production company, what matters is the strength of the idea."

"According to statistics and results a lot of foreign companies invest in British content."

"To answer the persisting idea that the BBC is some kind of behemoth that will decimate all other production companiesâ€¦last time I checked, Fremantle... Endemol... All3Media... They're not the smallest of companies either."

"Independent production houses are attractive to major companies because they own their own IP."