An inside view on the gender divide in film and TV 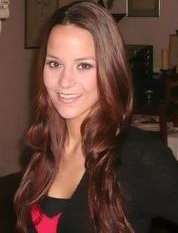 We hear from Hero Mackenzie on the importance of initiatives like The John Brabourne Awards.

I asked an actor friend for her thoughts on my writing this piece. Did I want to be labelled a 'feminist director'? Her reply was sharp. 'You will be anyway, Hero. You are a woman' - such is the climate of wariness in the film industry.

You sort of shudder at the words themselves and the political correctness that shrouds them: 'Gender Inequality'. Back in October, I received a John Brabourne Award from The Cinema and Television Benevolent Fund (CTBF) - an initiative dedicated to providing financial support to individuals facing difficulties in progressing their careers.

I was interested to learn that, this year, the awards were given, in the main, to female applicants (6 out of the 9 awardees were women) recognising not just their talent but the urgent need for the voices and perspectives of women filmmakers within the film business. Year on year, film schools are training increasing numbers of women across all fields of the industry - but where do these talented young filmmakers go? Internationally, there are currently 15 male directors to every female director, and in the UK fewer than 9% of film directors are women. Â Why?

Some of the old behemoths are almost extinct. The clichÃ© of the male studio producer who will only hire women he wants to sleep with, is defunct. Now, it is not sexism that keeps women out of the business, it is those great deadeners - habit and perception. There are too few female role models and too few women at the top.Â

Women are great storytellers, with great untold stories to tell. The clever men recognise this, and so iconic films about women, like Thelma and Louise, are snatched by alpha male directors who know a good thing when they see it. Women directors simply don't have this power. Often, when I meet with other writers/directors - male and female - they talk noddingly about wanting a 'strong female protagonist' as though it was an original idea. (Think Medea, Electra). There is so little conviction and so much box-ticking. For the most part, women feel themselves very alone in this business. To be disregarded by the power brokers often leads to defensiveness.

France, however, seems to do better. The French are intrigued by themes commonly considered 'female' - psychological themes of obsession, compulsion and neurosis. The French film industry supports and cultivates not just women directors, but women throughout the business. Think of Francois Ozon's relationship with the wonderful cinematographer Jeanne Lapoirie. Together they have forged a highly individual and distinctive way of observing sensuality - each made stronger by the collaboration. French women directors, like Catherine Breillat, can deal with the powerful subjects of violation and masochism, without fear of it being dismissed as feminist polemic.

The film industry is tough - the hours are long and not conducive to relationships, parenthood and a 'normal' life. Anyone may choose to exclude themselves from this, but these are not the reasons women filmmakers are excluded. Now, it is more important than ever for initiatives like The John Brabourne Awards to exist, providing women, and indeed all hard-working individuals, the chance to progress in such a competitive industry.

The boys' club, a primitive form of protectionism, survive