A buyer's guide to lighting equipment 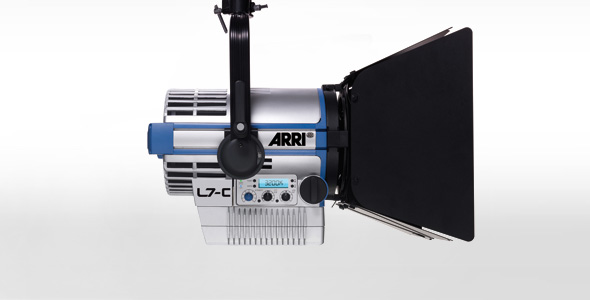 This instalment in our series on equipment ownership examines the options for people who are interested in owning gear, but cautious about the short shelf life of cameras, and who might turn to lighting equipment to add a little value to both themselves and their work.

Because lighting requirements are so incredibly variable based on the style of production, we'll briefly define the most common technologies and then discuss them in terms of what they can and can't do, particularly with the thought that LED lighting, while new and popular, is not necessarily the best solution in every case.

Tungsten-halogen is possibly the oldest lighting technology still commonly used. It is producedÂ at prices to suit every pocket with many options in terms of light shaping and control, and produces none of the flicker that can cause problems for more recent technologies. Modern tungsten bulbs are small enough that the light can be sharply focussed and controlled, and the output, while warm in tone compared to the alternatives, contains no nasty surprises in terms of colour rendering. The only downside is poor efficiency and a lot of heat.

Probably the second oldest mainstream lighting technology is HMI, developed by Osram in the 1960s specifically for the movies and currently found mainly as fresnel (soft spot) lights in Arri's blue and silver livery. HMI stands for hydrargyrum medium-arc iodine, meaning it's a mercury discharge light. Efficiency is around four times better than tungsten, and colour closely matches sunlight. The bulb is small, so the light can be focussed, and issues with flicker caused by the alternating-current power supplied to the lamp are historical other than in very specific circumstances. The problem is cost, at many times that of tungsten.

Fluorescent movie lighting was first made practical by Kino-Flo, although others now compete and it's possible to put colour-accurate fluorescent tubes in conventional fittings. Though the technology is old, problems producing a complete colour spectrum were overcome only in the last few decades. Efficiency is comparable to HMI, and various tubes can emit either daylight or tungsten-balanced light. The principal limitation is straightforward: a fluorescent tube is a large source of light, so they don't produce focussed beams.

Finally, there's LED, which at first glance seems ideal. Focussed beams are possible and efficiency is good. There are no problems with flicker or starting while hot, and colour can match tungsten or daylight. However, the colour spectrum can be incomplete, meaning certain hues may appear dull or colour shifted if they appear on camera. The best LEDs, such as Arri's L7 series and the Zylight F8, largely overcome these problems, but are about as expensive as equivalent HMI. LEDs of more than a few hundred watts are not yet common, and the most powerful types often need fan cooling.
Â

So, that's the technology. The traditional package of three redheads, a loosely defined term usually referring to open-faced 800W tungsten lights, is still not a bad place to start. Arri make various tungsten fresnel lights - kits of 150W, 300W and 650W are common - and these are much more flexible, able to reduce and expand the projected circle of light, although the cost is considerably higher.Â

HMIs are often functionally equivalent to tungsten in terms of light control, the difference being the colour output, the electronic ballast control unit sitting on the floor, and the massively increased efficiency. The cost of the common Arri series is often