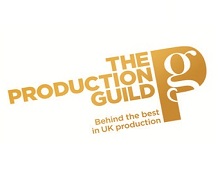 The news comes after The Production Guild announced they would be re-opening its Assistant Co-ordinator course.

Heavily financed by Creative Skillset, two schemes will run simultaneously in the South East and Scotland from September 2014 - March 2015, and will last up to six months over the course of several weekends.

To read our interview with top location manager Robin Citrin, whose credits include Rain Man and Shutter Island, head over to our international sister site, KFTV.
Â