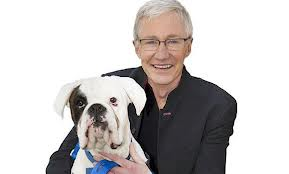 Perhaps we need look no further than Simon Cowell for this most recent proliferation of canines on camera. When a dog became the first four-legged winner of Britain's Got Talent in 2012, Cowell wasted no time in lining up a feature film vehicle for the furry star.

Last autumn, talent that most casting directors could only dream of came forward to film Pudsey the Dog: The Movie. David Walliams voices the pooch, with sterling support from Olivia Colman, Jessica Hynes, Maggie Steed, John Sessions and Olivia Grant. Firmly aimed at the family market, the film is due for release on 18 July. You can watch the trailer below.
Â

Staying on celluloid, imagine if you were a financier reading the pitch for A Bollywoof Tale, in which Basil, a pet spaniel, finds himself uprooted as his family move to Delhi. Basil gets lost en route and has to travel across India in search of his family. Jason Newmark and Nisha Parti produce. This one is currently eyeing an early 2015 shoot and we love the thought of Seriously Heavyweight Industry Honchos at international film markets vying for this one.

Paul O'Grady is set to up the count of small screen mutts as he isÂ returning for aÂ third series of ITV's For the Love of Dogs. Love or hate O'Grady, there is no doubting his genuine affection for animals as he explores the stories behind some of the residents of Battersea Dogs and Cats Home.

And Factory Films are working on a 10 x 30 series called The Dog Hotel, which goes behind the doors of a Brighton hotel that caters for, erm, you've guessed it, dogs.

Details on these projects can be found on Production Intelligence, our online database of advance and archive productions.

Just to heft up our chances of a Pulitzer with this blog, we thought it might be fun to take a look at some famous films which could have been so different had they centred on pooches insteadâ€¦
Â

The Woof of Wall Street

The Good, the Bad and the Pugly

Raiders of the Lost Bark

An American Werewoof in London