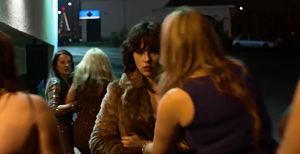 Film Edinburgh, the regional film office, has confirmed it is to improve the ease of filming in the city and surrounding areas by adopting a renewed film charter.

The charter, which back in 1999 was one of the first film charters in the UK, is to boost the reputation of Edinburgh as a film-friendly city and will assist in assuring filmmakers they will receive a welcoming reception.

Film Edinburgh will function as the first port of call for filmmakers interested in coming to the Scottish capital, they will offer advice and help coordinate on-location filming.

Last year the Edinburgh film office handled a total of 502 film and TV enquiries resulting in 342 productions filming in the Edinburgh city region. This figure is over half of the total number of productions that shot in Scotland as a whole.

The renewed charter statesÂ that a nominated liaison person within each council service will deal "competently and quickly" with filmmaker enquiries. It also outlines the council's policy with regards to fees.

Along with the charter the council has also released a new Code of Practice for Filmmakers which takes into account changes including working with Edinburgh's introduction of tramlines.

Production highlights which shot in the area include the complete series of Pramface for BBC3; The Escape Artist, a BBC thriller starring David Tennant; feature film The Railway Man starring Nicole Kidman and Colin Firth (filmed on location in North Berwick and Cockenzie) and Under the Skin with Scarlett Johansson (shot on location in East Lothian).

The majority of productions filming in the city region, however, were factual TV programmes.

To find out which other productions are shooting in Scotland and the Edinburgh region, check out Production Intelligence, our online database containing over 5000 productions in the UK.