By now we have all got used to the concept of women working, this too counts for the film and television industry where some of the most successful people are female, think about Amanda Nevin for example, or the recent Film4-departed Tessa Ross.

A study by Creative Skillset a few years ago showed that though although numbers of women entering the industry are pretty robust, this drops to next to nothing when we look at industry professionals over the age of 30.

There is a plethora of reasons for this, such as child care, glass ceilings and a lack of confidence - the latter is something women suffer more from than men, with accomplished professionals often citing what is known as 'the imposter effect'.

It is for all these reasons that Kate Kinninmont and Nicola Lees (pictured in headshot) from Women in Film in Television started a mentoring programme. The goal is to support mid-career professionals who are faced with a certain identifiable obstacle which limits them in the prospect of growing in their careers.

Now in its fourth year the scheme can be called a success and an asset to the industry. Lees receives around 200 applications per year of which, after carefully looking at CVs, the issue faced and the goals and expectations of the applicant, she chooses 20 women to participate. These women can come from a variety of backgrounds, such as editors, commissioning editors, producers, writers, directors and even affiliated industries such as media law and broadcast journalism.
Â 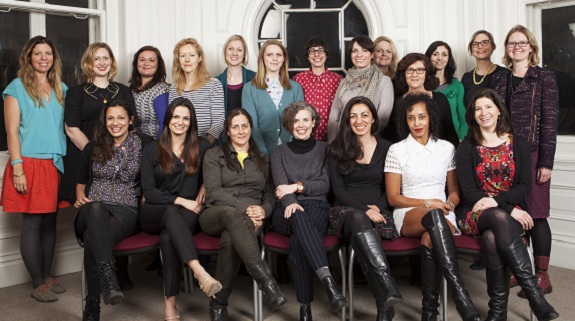 For six months these women then get the support they need in order to break through the barrier they are up against. This can vary from wanting to move sideways to another strand in the industry, looking to get a promotion, earning the same as their male counterparts, returning to the industry after having been out of the running due to child care or moving away from documentary films to making feature films.

"There are lots of schemes helping women to get into the industry," Lees says, "but nothing to get the people already working in it to move 'up' - there's a real gap there.

"My remit is to find the people who fit this bill, split between film and television. The minimum is five years' experience but most of them actually have more, I'd say 10 to 15 years, so they tend to be in their thirties."

Those lucky few who get selected by Lees then get hand-matched to a mentor to help with the particular obstacle they have brought to the scheme. "Typically this might be someone coming back after maternity leave, or when the kids go back to school but this is not the most common reason," Lees explains.

"We have people who want to make a step up, so this would be from shorts to features, directing, or it could be someone in TV looking to go from producer to series producer. Another typical one is people looking to move sideways, they might be bored or burnt out or just not feeling challenged creatively. And then there are the younger ones, they have often moved really fast and are already executives in business roles, so with broadcasters or distribution companies. These women moved so fast that the next step up is probably an international role and then they go 'oh I'm not sure I know everything I need to know, I haven't been a runner, I still need to do this' - and of course, they don't."