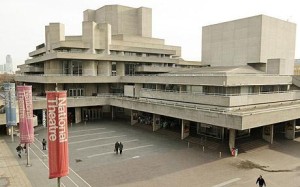 From Production Intelligence: Filming is due to get underway at the end of next month on London Road, a big screen adaptation of the 2011 National Theatre musical.

With a book and lyrics by Alecky Blythe and Adam Cork, the original musical was directed by Rufus Norris, who is also at the helm of the feature film version.

It centres on the terrible events in Ipswich, when five prostitutes were murdered in 2006. The original show's emphasis was not on the victims or indeed the murderer, but rather the impact on the local residents as they struggled to come to terms with the atrocities, and featured real interviews set to music with people from the local community.

The film is from Cuba Pictures, with whom Norris also worked on Broken, and is produced by Tally Garner, Dixie Linder and Nick Marston.

Further details on London Road, including line producer and production manager, can be found on Production Intelligence, our online database of advance and archive productions. Â