To celebrate the BFI's Al Pacino season, we have two tickets up for grabs to attend a screening of cinematic masterpiece The Godfather Part II starring the acting legend as Michael Corleone. Not only that, our friends at the BFI will also throw in a poster of the film for the lucky winner.
Â 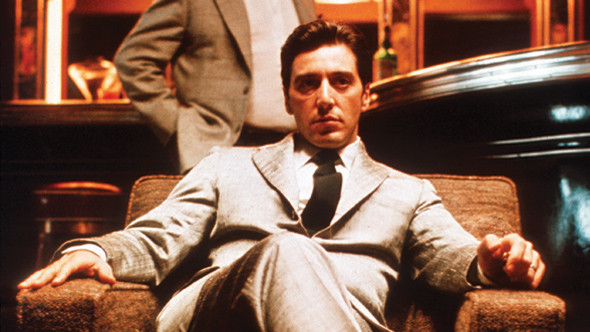 To be in withÂ a chance of winning, simply answer the following question:

In which 1975 film did Al Pacino play a character based on a real-life bank robber?

To email your answer along with your name and telephone number - click here. Deadline for entries is Thursday 20 February at 5pm.

PLEASE NOTE THIS COMPETITION IS NOW CLOSED. THANKS TO ALL OF THOSE WHO ENTERED.

The screening will take place on Thursday 6 March at 6.40pm at the BFI Southbank.
Â

The Al Pacino season at BFI Southbank runs from 1 February - 20 March and includes classics such as Serpico, Scarface and Heat. For details of showings plus other screenings at the BFI, click here.