The Knowledge on the box

In 2013 a lot happened on our television screens: Doctor Who dominated, Breaking Bad bowed out, and we were all encapsulated by a television show about people watching television shows. Here at The Knowledge we pick our favourite TV shows of the year.

Hmm, it's tricky to pick just one, as it's been a great year for TV, and particularly for drama. I think Warp Films' Southcliffe for Channel 4 takes some beating though.

Rory Kinnear starred as broadcast journalist David Whitehead, returning to his home town to cover a devastating mass shooting. Filmed in Faversham, it was captured in a heavy, deliberate, cinematic way, with the vast, bleak marshlandsÂ  providing a fittingly grey backdrop to both the atrocity itself and Whitehead's own personal demons.

A great ensemble cast including Eddie Marsan and Shirley Henderson added to the quality of the production.

Perhaps what I admired most about Southcliffe though, was the restraint shown when depicting the dreadful murders themselves. In an age where it seems TV producers and directors are constantly pushing the boundaries in terms of the sheer amount of graphic violence depicted, it was interesting to note that the realism and physicality of the shootings was heightened by not actually showing the victims as they were hit.

It was hard to watch, but for all the right reasons.
Â

My favourite programme this year was a real underdog in terms of national attention. What Remains, directed by Coky Giedroyc,Â was a 4 x 60 drama made by BBC DramaÂ for BBC One and aired during four consecutive weeks over the summer.

A clichÃ© was to be expected when Superintendent Len Harper (David Threlfall), only days away from retiring, isÂ called out toÂ deal with an apparently clear cut case of a woman who is found dead in the attic of a shared house. Only the woman had died years before, and most of the tenants she'd shared a house with still live there - none of them suspicious of her 'sudden' disappearance.

For those criticising that the Beeb should host more and better drama programmes, I urge you to get your hands onÂ a copy - the hour-long episodes will bring you anything but clichÃ©s.

The cinematography is stunning and the series has a cast that was cut out to represent the eccentric characters they played. It left me wondering about living in London and about the fact that really, nothing is as it seems.
Â 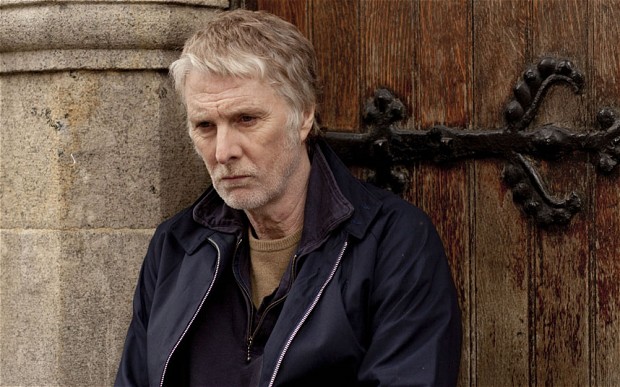 In 2013 two shows came along at once to fill the West Wing shaped hole in my life. In contrast to the idealism of Sorkin's magnum opus, Veep and House of Cards both ruthlessly skewered the nihilistic emptiness of political life.

Whereas House of Cards created deeply Machiavellian characters, including a terrifying Kevin Spacey as Representative Frank Underwood, and set them in a dark melodrama of power shifts and fluctuating alliances, Armando Iannucci's Veep took a very different tack.

In true Iannucci style the second series continued to comically destroy the hype and hyperbole of political 'power' following a cast of shallow, ineffectual political operatives through a series of ludicrously trivial situations; such as analysing what message VP Selina Meyer's choice of frozen yogurt would send to the electorate.

Considering that both shows have barely a likeable character betw