Tired of expensive popcorn, sticky floors and the same generic dÃ©cor every time you go to the cinema? Then don't retreat to a darkened living room with a DVD just yet: these five incredible film screening locations might just restore your faith in going to the movies...

Underneath a train station 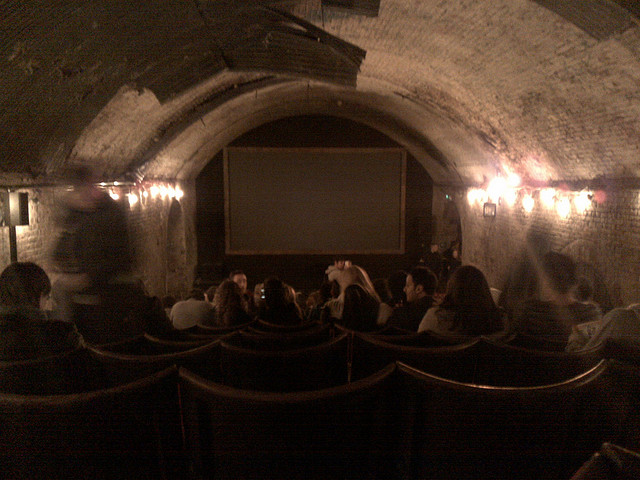 There really couldn't be a more fitting location for a screening of street artist Banksy's Exit Through the Gift Shop than the tunnels under Waterloo station. One of the few locations in London where graffiti artists can paint with impunity, the walls of the main Leake St tunnel displays a chaotic blend of skilled artwork layered with hastily scrawled on tags.

Banksy's 150 seat pop-up cinema also featured a burnt out Mr Whippy ice cream van, alongside a hastily painted strip of paint for a red carpet, with the screening itself being further enhanced by the prospect of drips falling on the audience whenever a train rolled overhead. 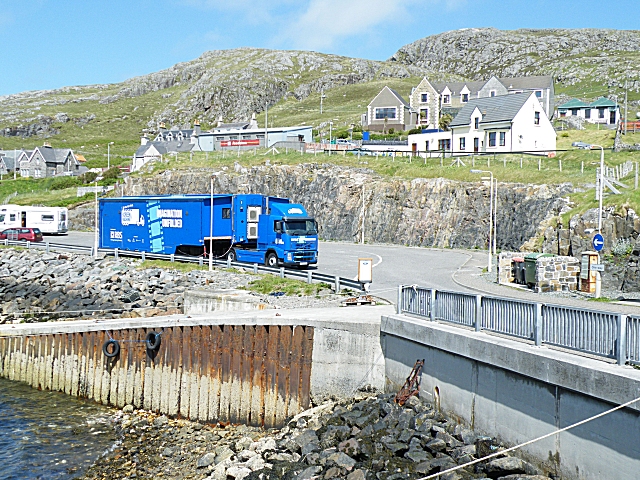 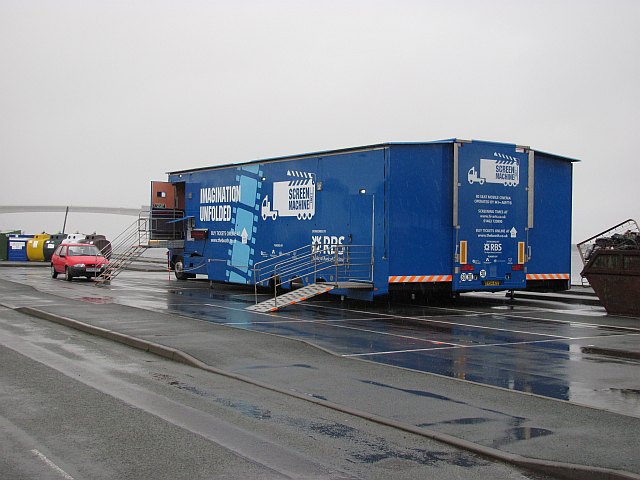 Regional Screen Scotland's fabulously named Screen Machine has been running since 1998, bringing the magic of cinema to isolated communities in the Highlands and Islands of Scotland.

The Scottish tradition of mobile cinema goes back even further with the Highlands and Islands film guild taking its mobile cinemas across the region from as early as 1946. While the bright blue truck may not look like much, it expands into an 80 seat mobile cinema and has travelled as far north as Durness and all the way across to the outer Hebridies.

In a swimming pool 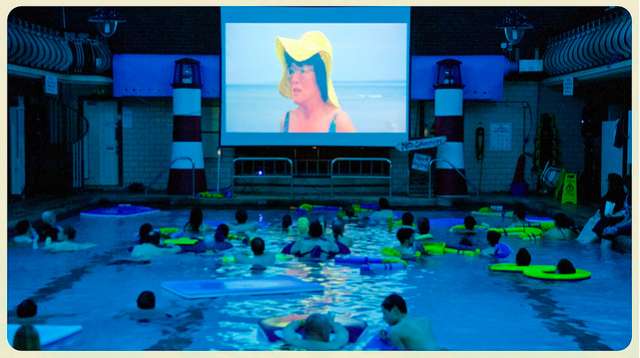 via Lizzie Coombes (aka @bettylawless)Â

If you find swimming laps gets somewhat dull, a poolside movie screen could be the perfect solution. While it may sound like a privilege reserved for the mansions of the fabulously wealthy, in Yorkshire they take a more inclusive view, with organisers converting the public Bramley Baths into a cinema for the annual I Love West Leeds Festival.

In The Yorkshire Evening Post, festival director Jane Earnshaw described setting up a cinema in a swimming pool as, "the logical next step"Â  for Leeds' mobile screen, claiming the experience is better than 3D. With speakers above and below the water it's certainly more 'immersive'. Oh, and the film they chose to screen? Jaws. Obviously.

In an underground cavern 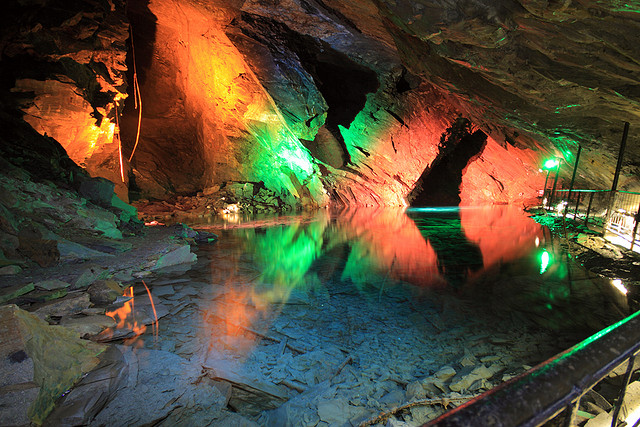