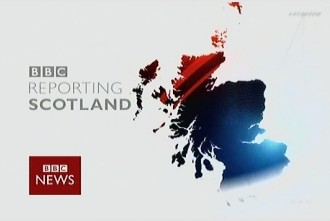 The Scottish Government have announced plans on TuesdayÂ (26 Nov) for a new publically funded broadcaster, the Scottish Broadcasting Service (SBS), to take over from BBC Scotland if independence goes ahead.

Details were set out in a 670-page white paper entitled 'Scotland's Future: Your guide to an independent Scotland', released this morning. The paper claims that an independent Scottish broadcasting service would, "reflect the variety of our nation in terms of geography, ethnicity, language, belief, lifestyle and taste," and promises better support for the development of film and TV production in a post-independence Scotland.

Speaking to the Knowledge, the chair of the British Film Commission, Iain Smith OBE, welcomed assurances of increased inward investment in the Scottish screen industries.

"Scotland has been badly under performing in terms of the film and television business," he commented. "The intentions mapped out by the Scottish government in this white paper are positive and achievable, and will not only improve growth, sustainability and accomplishment within Scotland, but will stimulate growth in other parts of the United Kingdom."

The SBS would effectively take over from BBC Scotland in 2017, and be funded by Scotland's Â£320m share of BBC licence payer's revenue, alongside Â£13m from BBC commercial profits and Â£12m from the Scottish government for Gaelic broadcasting; bringing the total funding available to an estimated Â£345m.

This figure is favourably contrasted with the Â£285m budget of Ireland's RTÃ‰, and is twice as much as the BBC's estimated Scottish spend for 2016/17.

"The level of funding for public service broadcasting in Scotland means that there will be no necessity for the SBS to raise revenue from advertising," the white paper claims.

It envisions a joint SBS/BBC venture, with Scotland still relying on the BBC for much of its content. The paper also stipulates that existing BBC services would continue, with Scotland maintaining its right to opt out of BBC1 and BBC2 programming in favour of its own regional content. In return the SBS would commit to continuing to allow the BBC access to ongoing services in Scotland.

Scottish Doctor Who Fans need not fear. The beloved British show is specifically named alongside Strictly Come Dancing and EastEnders as among those programmes guaranteed to remain on Scottish screens - whatever the result of next year's referendum.
Â

Would a new publically funded broadcaster for Scotland be a good thing? We'd love to hear your thoughts. You can comment below or via our Facebook page.