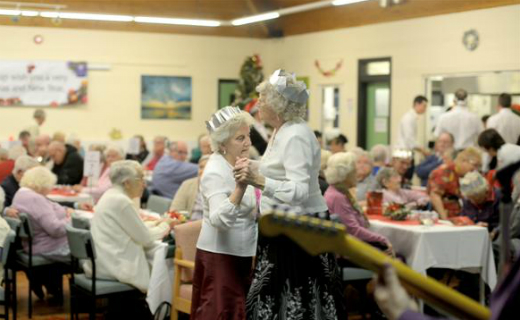 Integrating various forms of media and utilizing 'people power' through social media is definitely on the rise in both TV and film as well as advertising. Christmas in a Day, Sainsbury's latest collaboration with The Last King of Scotland and Marley director Kevin Macdonald is a perfect example of this.

Ahead of the release of its more conventional food-focused commercials, the supermarket chain will start broadcasting clips from a new 50-minute film by the Oscar-winning British director, starting on Wednesday 13 November on ITV during the Coronation Street ad break.

Like his 2011 film Life in a Day, the new mid-length documentary is entirely crowdsourced - edited from over 360 hours of real Christmas footage submitted by 114 participants in the UK. The film is produced by Ridley Scott Associates and Scott Free London. Sainsbury's provided the funding and the idea for the campaign came fromÂ creative agency Abbott Mead Vickers BBDO.

The idea is that the campaign ties in with the release of the actual full length film and a social media campaign, and that the audience will relate to the stories, feel a strong emotion and, most importantly, share the clips.

The first ad to be released will be the 3,5 minute trailer for the film. The retailer will then show two 40 second and two 60 second versions until 21 December.

The film itself took over 14 months to produce and will premiere on 28 November at BAFTA in London. A day after this one-off screening it will be posted on YouTube.

In a statement Sainsbury's said the film started out as an experiment, however it was now their "lead Christmas activity".

Macdonald said: "When we were cutting Life in a Day we talked about what it might be like if we chose a day that already had significance to people. The result is Christmas in a Day. Christmas is the one time in the whole year when ordinary British life is suspended. We have time to contemplate life and be with those we love.

"I was overwhelmed by the creativity and enthusiasm of the people up and down the country, from every walk of life, who filmed their Christmas and shared it with us. I feel that the finished film stands out for many reasons - it is funny, moving, often beautifully shot and above all truthful."