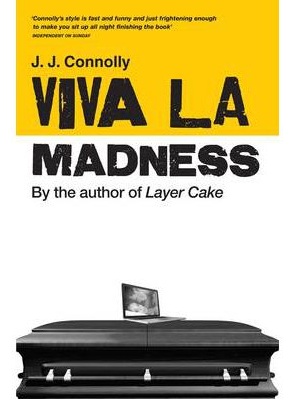 Jason Statham is looking to step into Daniel Craig's shoes for Viva La Madness, a sequel to Layer Cake. Those of you who have seen the film will no doubt be scratching your heads thinking, "how is this possible?" Well you're not the only ones - here at The Knowledge HQ we're also a little baffled.

If you haven't seen 2004's Layer Cake - the impressive thriller directed by Matthew Vaughn - then look away now. Because at the end of the film, we assumed Daniel Craig's drug dealer character (his name isn't mentioned in the film) died in a pool of blood? Well it appears not.

Apparently Statham will take over the leading role of the drug dealer, who is now alive and well and branching out into international crime, but soon gets brought back to the London drug world. Reports suggest Statham and Steve Chasm, the actor's producing partner, have purchased the film rights to Viva La Madness by author J.J. Connolly, the sequel to his original story.

It's early stages on this one, but we're excited about the prospect of The Stath taking on a meatier role instead of beating the life of out of people - although, Jason, if you're reading this, we think you do that very wellâ€¦

Jason Statham recently worked on The Expendables 3, which our sister site KFTV reported on in July.

What's your thoughts on a Layer Cake sequel? Let us know by commenting below or via our Facebook page.
Â