Working in TV: How social media can get you into hot water 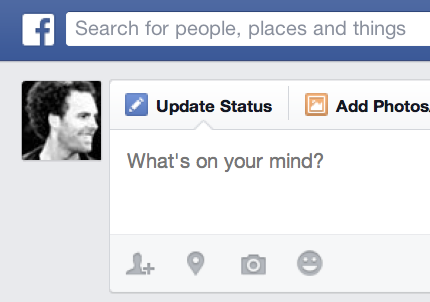 We all love to gloat now and then via social media - an impressive birthday present from a loved one, a scrumptious meal that's about to be devoured (why do people post pictures of their food?!) or the obligatory snap of a picturesque view while on holiday; all making those slaving away in an office fill with envy.

While working on a production however, a boasting picture or Twitter comment can get you into trouble. A recent example of this is the case of the crew of BBC Three's Sun, Sea and Suspicious Parents (made by RDF), who posted pictures of partying and impressive views of five-star accommodation while on location in Thailand.

In the programme, parents follow their oblivious offspring to a holiday destination to see what they get up to. The youngsters agree to being filmed, but are under the impression they're being part of a completely different programme - it's not until the end of the show they find out their parents have been watching their every move.

It was alleged that the production crew failed to find a replacement line-up after contributors recognised the format and pulled out. As a result, it was reported that the crew went on an all-expenses paid jolly.

Both the production company and the BBC denied these allegations and more recently a spokesperson for RDF TV said:

"There were huge inaccuracies in the claims made by The Sun, specifically that any episode was ever axed or dropped, or that crew went on an all-expenses paid jolly. Crew work extremely hard and get just a few days off, and they pay for everything themselves on those days. The pictures lifted off Facebook and printed by the Sun were taken during crew downtime, so you could argue that it is no different to posting pictures taken during your weekends.

"But the whole episode demonstrates just how powerful social media can be - it's always worth reviewing your policies in relation to social media to protect both crew and contributors, as it's a world that is constantly changing."

The Sun broke the story first and soon it was all over the papers, with the BBC being damned for wasting licence fee payer's money. One Facebook status, from a producer on the show, was the main cause of uproar. He wrote: "Not much to film at the mo, so spending time relaxing down the beach! So yeah it's going well."

This wouldn't have been a story if it weren't for the evidence on social media. But what can we learn from this? Well, it shows that if you work in production, you should try and refrain from gloating about your work. However, is it that simple?

I'm friends with lots of ex-telly people and the gloats never go away: pictures of fancy restaurants, swanky hotels and the odd premiere - all (rare) perks of working in the industry. It's a force of habit - and as long as it's not at the expense of the BBC licence fee payer, what's wrong with showing off now and then?

Do you think it was wrong for the crew to use social media while on location? Or did they have every right to do so? Let us know your thoughts by commenting below or via our Facebook page.
Â