Step up to line producer in HETV course still open 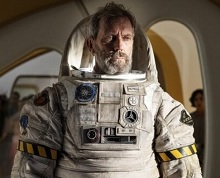 A ScreenSkills course in how to step up or over to being a line producer in high-end TV (HETV) is still open for applications.

The online course runs over seven weeks from mid-March and is free to attend, with an application deadline of 17 February. It is designed to fit in around busy working schedules; 15 spaces are available.

The intensive training scheme is led by Avenue 5 producer Steve Clark-Hall and is aimed at production managers, location managers, first Ads and other experienced crew looking for their next move in HETV.

The course is delivered fully online and is designed to fit in with busy working schedules. is supported by the ScreenSkills High-end TV Skills Fund with contributions from UK high-end TV productions. The training will cover all the responsibilities of a line producer in HETV and will include:

• setting up a production

To be considered for a place on the course you must be nominated by a producer or line producer working in the industry, who will also need to supply a reference. At the end of the training, ScreenSkills will endeavour to source funded placements for 10 of the participants with HETV productions.