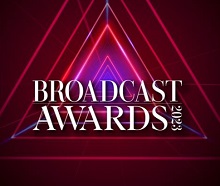 The BBC has a cumulative 41 nominations, including 19 for flagship channel BBC1, 10 for BBC2 and six for BBC3. Channel 4 has also landed 19 nominations, with ITV taking 14, and an additional two for ITV2.

Alongside the strong performance from the traditional powerhouses there are three nominations for S4C and six for Netflix – the best performance by both in recent years.

Netflix does well in animation and factual. It has Shaun the Sheep: Flight Before Christmas and Robin Robin (both Aardman) in Best Children’s Programme, plus stop motion anthology The House (Nexus Studios) in Single Drama, plus The Tinder Swindler (Raw) and Jimmy Saville: A British Horror Story (72 Films) in Documentary Programme and Documentary Series respectively.

In Channel of the Year, last year’s winner BBC1 will compete with stablemates BBC2 and BBC3, plus Channel 4, ITV and Sky News.

And in a highly competitive Best Independent Production Company category, which had a vast number of entries, the contenders are CPL Productions, Dancing Ledge Productions, See-Saw Films, Sister, South Shore and Whisper.

The awards take place on 8 February at the JW Marriott Grosvenor House on Park Lane. To see the entire shortlist click here.

You can also find more details of how to book a table here, or email  Shane.Murphy@mb-insight.com.