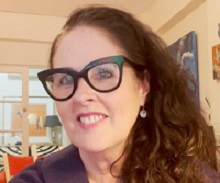 Screen Scotland has announced the appointment of Cheryl Conway as head of screen commission, to take effect from January 2023. The highly-experienced Conway joins from Screen NSW in Sydney, Australia where she has been manager, production attraction, since 2017.

The film commission executive’s remit is to grow Scotland’s inward investment sector through the attraction of large-scale productions to Scotland.

Conway said: “I’m thrilled to be joining Screen Scotland at such an important time in the industry’s growth. Scotland is renowned for its extraordinary beauty and magnificent locations, but it is also ambitious, confident, and importantly, has what it takes to excel in a highly competitive global market.

“These characteristics resonate strongly with me and I am honoured to be given the opportunity to be a part of the Scottish Industry’s continued advancement and to join such a highly respected and experienced Screen Commission team.”

Isabel Davis, executive director, Screen Scotland said: “Scotland is home to a greater volume and scale of productions than ever, thanks to strong local production and the global demand for high end content.

"The expansion of Scotland-based studios and increased investment in craft and technical skills is helping to meet this new demand, and Cheryl’s appointment means we are able to sustain and build momentum, and to promote our rapidly developing offer to global production clients.

“Cheryl’s knowledge and practical experience was outstanding, and we couldn’t be happier that she’s agreed to move halfway across the world to join us in building Scotland’s success story.

“She’ll be leading the brilliant Screen Commission team whose on the ground knowledge is, quite rightly, hugely respected and appreciated by our industry.”