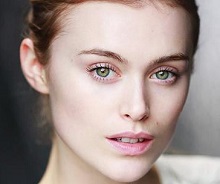 Model Behaviour is a comedy-drama about an ambitious young model who puts everything on the line to achieve her dream, only to discover that success isn’t everything she thought it would be.

The title received 17 recommendations, which are compiled from UK production companies, talent agencies, sales companies, financiers, distributors and broadcasters. It will be produced by Downton Abbey producers Carnival Films, which is a division of Universal International Studios.

Inspired by Knowles’ own experiences of the modelling industry, Model Behaviour is based on her play of the same name, which received acclaim when it debuted at the Edinburgh Fringe Festival in 2018.

TV series The Hoax from Sam Spinks and Matthias Mella received 15 recommendations. The four-part drama is inspired by the true story of the Parisian ambulance driver who faked his heroic involvement in the 2015 Bataclan attacks, and how his lie unravelled. The project has been picked up by producers Hat Trick and Jed Mercurio, the writer and producer of series including Line Of Duty and Bodyguard.

As in recent years, television projects dominate the list, comprising 16 of the 19 entries.

Both titles were included in Screen’s list of 25 film projects conceived or advanced during the pandemic, published in March 2021.

The Crown producers Left Bank Pictures are present on the list as producers of Richard Wood’s Man Like Me, a sci-fi about the unnatural activity in a small coastal town following the arrival of a mysterious stranger, which received 13 recommendations.

Scripts require a minimum of six recommendations to make the list. The Brit List notes that almost half of the 19 titles have female writers, with over 40% of the 22 writers across the 19 projects coming from diverse or underrepresented voices.

“The Brit List is committed to supporting writing talent from British writers of all backgrounds,” said Alexandra Arlango, The Brit List director, and founder of the platform in 2007, who added that more companies than ever took part in the compilation this year.

Model Behaviour, wri. Issy Knowles
Prod. Carnival Films
Form: TV
Genre: Comedy-drama
Summary: An ambitious young model puts everything on the line to achieve her dream of making it big, only to discover too late that success isn’t everything it’s cracked up to be. After being faced with the best and the worst the industry has to offer she must choose to live a lie in the limelight or turn her back on everything she has ever known.

Loco Parentis, wri. Matthew Jacobs Morgan
Prod. Joi Productions
Form: Feature
Genre: Dark comedy
Summary: A dark comedy about a Queer Black man in his mid 30s who is desperately searching to find his role in life, grappling with what family means, especially when he falls in with a group of privileged white moms and a baby that isn’t his.

Without You, wri. Sharmila Chauhan
Producers: Available
Form: Feature
Genre: Drama
Summary: In the face of her mother’s death, Shiv unearths the family’s secret of intra-family adoption. Throwing her own ideas of motherhood and sibling love into question, she is forced to face the cycles of her past, and whether she’s given too much to the people she loves.

Two Become One, wri. Isaac Tomiczek
Producers: Joi Productions
Form: Feature
Genre: Coming-of-age comedy-drama
Summary: A vibrant and uplifting coming-of-age comedy-drama that captures the spirit of ‘Cool Britannia’, as it follows two sisters’ attempts to attend The Spice Girls’ rumoured final concert. Escaping their strained family life and small town, they set off for London on an adventure-filled quest of scrapes, capers, and conflict set to a soundtrack of 90’s Britpop classics.

Night Shifts, wri. Tom Clapham
Producers: Available
Form: TV
Genre: Surreal comedy-drama
Summary: Joe and Gemma, two strangers to one another, have their lives upended when a mysterious connection is formed between them every time they fall asleep. Night Shifts is a surreal comedy-drama about a universal accident like no other.

If It Was Different It Wouldn’t Be Like This, wri. Ava Pickett
Producers: Available
Form: TV
Genre: Drama
Summary: After an incident at a birthday party, best mates Olive, Sorcha and Pamela get a taste for justice, setting off a dangerous chain of events for the boys of a small Essex town and the girls themselves.

Self, wri. Rose Lewenstein
Producers: Kudos
Form: TV
Genre: Comedy-drama
Summary: On the cusp of 30, Eve reflects on her life and how it hasn’t turned out the way she’d imagined. Running away from memories of a trauma she experienced as a teenager, Eve realises she can see, and interact with, her 15 year-old self.

Anonymous, wris. Danny McNamara, Lauren McNamara
Producers: Eleven Film
Form: TV
Genre: Crime thriller
Summary: William Clarke has no idea how he came to be running for his life in the middle of the night, or why a seemingly normal family would try to bludgeon him to death in the street. He also has no idea why there’s a group of anonymous vigilantes committing increasingly ambitious crimes wearing a mask of his face. Anonymous is a gripping crime thriller set in West Yorkshire, where the boundless and mythical moors collide with the urban dystopia of Halifax.

Love At Second Sight, wri. Zina Wegrzynski
Producers: Eleven Film
Form: TV
Genre: Comedy-drama
Summary: A teen psychic may be able to see the future – but her anxiety means she can’t always trust what she sees. Now she has to figure out what she wants to do with her life, whilst juggling school and new love interest Teo, the one thing she didn’t see coming.

Wonderland, wri. Juno Dawson
Producers: The Lighthouse Film and Television
Form: TV
Genre: YA Drama
Summary: Based on Juno Dawson’s best-selling YA novels Clean, Meat Market and Wonderland. A twisted urban fairy tale in which three seemingly unconnected teenage girls are thrown together following the death of a socialite.

Debris, wri. Matt Hartley
Producers: Clerkenwell Films
Form: TV
Genre: Thriller
Summary: A small Devonshire fishing community’s world is turned upside down when a mysterious boat is found floating out at sea. A character led thriller, shining a light on the world tourists never see in coastal villages and the lengths those who live there will go to to survive.

Mouse Circus, wri. Jodie Ashdown
Producers: Boom
Form: TV
Genre: Comedy-drama
Summary: Darkly comic mystery drama about a hotel maid in her 60s with a love of taxidermy who yearns for a Hollywood romance. The only thing standing in her way is her boring husband.

Long Lost, wri. Abi Hynes
Producers: SunnyMarch
Form: TV
Genre: Drama crime thriller
Summary: Radio presenter Anna is contacted by her estranged sister, Sophie, when their mum unexpectedly sells their childhood home with the body of their abusive father, who they killed when they were teenagers, still hidden inside it.

Paradise, wri. Liv Little
Producers: Available
Form: TV
Genre: Thriller
Summary: Paradise is Search Party meets Lena Waithe’s Twenties; a propulsive, twisty LGTBQ+ thriller touching on wellness conspiracy theories, the growing pains involved with existing in your twenties, and what it means to feel safe and visible as a queer person in the UK, all with a bit of the absurd fun of Knives Out for good measure.

Dad Joke, wris. Joshua Robertson, David Abramsky
Producers: Eleven Film in association with Bluebird Films
Form: TV
Genre: Comedy-drama
Summary: When Joshua, a disabled stand-up comedian finds out his fiancée Jen is pregnant, he’s finally ready to bare his soul onstage in a desperate bid to ‘make it’ before fatherhood hits. But as he throws everything into his hunt for fame, he risks losing his family.

The Kate Resignation, wri. Will Truefitt
Producers: Available
Form: TV
Genre: Comedy thriller
Summary: When a downtrodden personal assistant witnesses the murder of her arsehole film director boss, she’ll have to do whatever it takes to survive. Unfortunately, her biggest obstacle may be the long-term boyfriend she was about to dump, who now insists on going on the run with her.