Sophie Turner to star as jewel thief in ITVX drama 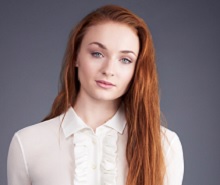 Sophie Turner will play notorious jewel thief Joan Hannington in a new ITVX drama from Anna Symon and Snowed-In Productions with filming to commence next spring.

The six x 60 series is set against the backdrop of 1980s London, where Joan is a twenty-something stuck in a disastrous marriage to a violent thug. When her husband when he goes on the run, Joan seizes the moment to leave her old life.

Inspired by her desire to care for her 4-year-old daughter Debbie daughter, Joan makes some difficult decisions as she sets her sights on a better life.

Turner said: “I’m so excited to be bringing Joan Hannington’s fascinating life story to screen in Joan. She is one of the most notorious figures in the criminal underworld of London, earning her the nickname “The Godmother.” A woman who goes between her thriving and daring career as a jewel thief, all whilst trying to get her daughter back from social services, we see a mother in despair swept up in the exhilarating world of crime.”

Kenley-Letts, Van Der Lande and Blair added: “We’re thrilled to be bringing Joan Hannington’s extraordinary and compelling life to the screen.  Anna’s brilliant scripts are both heart-breaking and complex capturing Joan’s vivid and colourful life so perfectly.  We couldn’t be more excited to have the wonderful Sophie Turner playing the title role.  And in Richard Laxton we have the perfect director to tell Joan’s story.”

Directors announced on S2 of Lord of the Rings: The Rings of Power

Amazon Prime has announced three directors for S2 of Lord of the Rings: The Rings of Power, currently in production in the UK.