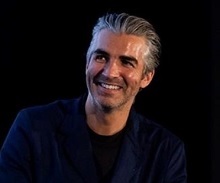 Eligible applicants will need experience of film distribution, film exhibition or audience development activities in the UK. For research and development projects, applicants can apply for between £10,000 and £20,000.

The BFI National Lottery Audience Projects Fund will open for applications on November 4 2022, and is set to award funding for activity taking place from April 2023. The fund builds on the BFI Audience Fund delivered through BFI2022, which up until September 2022 had awarded over £30m across 378 projects supporting over 12.5m admissions.

The fund has been set up to support the UK exhibition and distribtion sector in growing audiences for UK independent film and XR/broader screen work.

A statement from the BFI said: “The open access fund will support a wide range of ambitious, audience-facing activity of national scale, including multi-year and research and development projects. It will welcome applications from organisations that are focussed on increasing access and growing the engagement of audiences that are representative of the UK population.”

The fund is part of the BFI’s recently published 10-year strategy, Screen Culture 2033, which included a new 10-year BFI National Lottery Strategy and an initial three-year Funding Plan (2023-2026), and seeks to address the lottery strategy’s objective of ensuring everyone across the UK has access to screen culture.

The Funding Plan outlines £27.6 million for audience development. As well as the £15m projects fund, it includes £9.9m for the BFI Film Audience Network to support organisations and activity across the nations and regions to boost public and community access to screen culture and a new BFI National Lottery Open Cinemas initiative investing £2.7m to support free screenings in independent cinemas to be launched later in 2023.

Ben Luxford, BFI’s head of UK audiences, said: “At its simplest we want to connect great film and broader screen work with audiences, and to make sure audiences from all backgrounds across the UK can access and engage with a rich and diverse screen culture offer. We designed the fund so it is flexible and broad in scope and we encourage ambitious applications that are set to make an impact and address the priorities we identified with industry in our new strategy.

“We recognise our sector is facing numerous challenges and pressures, and with this fund – part of our wider support for audiences over the next three years – we want to ensure National Lottery good cause funding gives organisations the opportunity to take risks to grow new audiences, and to celebrate and champion fantastic screen culture.”

The Big Screen Awards 2022: vote for the best British film of the year.