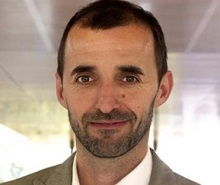 “Co-production is vital in order to be able to nurture, protect and promote the UK independent sector,” said Neil Peplow, the BFI’s director of industry and international affairs.

“The inward investment story has been fantastic in terms of the number of jobs it has created, the level of production and having significant studio and streamer presence [in the UK]. It has also increased the skills level of our workforce… [But] what underpins that is our independent sector. Backing UK independent films where the producer retains the IP is a crucial element of the overarching success story.”

Peplow emphasised the commercial and cultural benefits of co-producing.

“The funding for the independent sector is stretched. It is only together with our international colleagues that we can find ways to get those stories told. And there’s cultural exchange. The more you work with different partners internationally as a minority partner, the more you understand those markets and cultures and audiences which then increases your own future opportunities.”

Peplow gave an indication of how quickly he hopes co-production will grow. “What we are going to do is use this year as our initial benchmark,” he said. The aim then would be to achieve “a 10-15% increase year on year. That doesn’t seem particularly ambitious but in an independent market that is dealing with new business models of streamers, the echoes of Covid, the cost of living crisis… I think we would have been doing pretty well [to reach the 10-15% target].”

“It’s a way of joining it all up so we can over-deliver on that ambition of a 10-15% increase,” Peplow explained.

The BFI’s UK Global Screen Fund (UKGSF) – administered by the BFI and funded directly by the DCMS (not through Lottery) – has funding of £21m over three years.

Part of the 10-year strategy is to examine in far more detail exactly how UK screen content is perceived and consumed internationally. The UKGSF is researching a “data hub” which will provide international data allowing financiers, screen content creators, sales agents and distributors to make better-informed decisions.

Information will also come through ScreenUK, the consumer brand launched by the BFI late last year in response to extensive research in China, the US, Australia and elsewhere into perceptions of UK film and TV.

Although the research revealed Downton Abbey, James Bond,Mr Bean and Sherlock Holmes are the most recognisable properties in international markets, it also uncovered international audiences “didn’t know the next layer of titles”, said Peplow. “They didn’t understand there were titles similar to the ones they did know and that they would enjoy.

“The lack of understanding [about] what was actually out there was the main barrier to them being able to consume more UK content.”

ScreenUK aims both to heighten awareness of what is available and to show audiences how to find it. “We are testing this proposition in America at the moment because, in a way, it’s the lowest hanging fruit. It’s English language, we know there are significant numbers who already consume UK content. We’re using that marketing campaign through social media to get audiences to click through to discover those independent titles.”

As part of the export strategy, Peplow revealed the BFI is looking to provide further support to international distributors acquiring UK films. “It is something we are looking at through the Global Screen Fund and that we will probably be announcing in the next month or so,” he said.

This will be welcome news for those European companies which, prior to the UK’s withdrawal from the European Union, would have been able to secure Creative Europe Media support for the release of UK films in their markets.

The BFI has made a further 14 awards through its UK Global Screen Fund, boosting global opportunities for the UK’s independent screen sector.

The UK government’s Treasury department has unveiled plans for a consultation on reforms to the audiovisual tax reliefs support offered, including a merging of the film (FTR), animation (ATR), high-end TV (HETV), and children’s TV (CTR)  tax reliefs into a single tax credit, modernising the HETV tax relief and removing the 80% cap on qualifying expenditure.