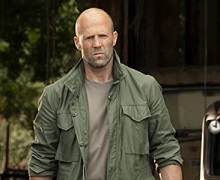 Suicide Squad director David Ayer is at the helm, calling the shots from a screenplay by Kurt Wimmer. Chris Long produces for Ayer and Long’s Cedar Park Entertainment banner, alongside Bill Block for Miramax; Statham also produces. The film is intended as the first in a potential franchise.

Little is known about the plot of the feature, but the story reportedly centres on a man’s campaign for vengeance – a quest that has very high stakes as he is revealed to have been associated with a secretive and powerful organisation known as ‘The Beekeepers’.

A couple of weeks ago, when the news was broken on Deadline that MGM had boarded the project for US distribution as well as some international territories, Block said: “Having collaborated with Jason on Wrath Of Man and Operation Fortune, and with David on Fury, we are fortunate to partner with these masters of the new action genre to bring Kurt’s brilliant script to the first installment of this franchise.”