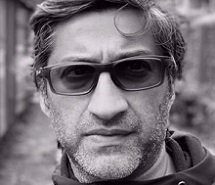 The film is described as a “genre-bending thriller set in a dystopian future” that will tackle some of the biggest challenges threatening our future.


It is inspired by Chris Marker’s 1962 featurette La Jetée, about a time traveller who risks his life to change the course of history and save the future of humanity.

“I want to make an epic about the state of the world, using elements of science fiction as a lens through which to examine the huge questions we are facing as a species and hopefully find solutions, before it’s too late,” said Kapadia, who won the Oscar for Amy and also directed Senna.

Double Agent president Dana O’Keefe added: “We bet on filmmakers, and Asif is among the very best out there.”

“Asif is a consistently ground-breaking filmmaker who we’ve been lucky enough to work with on a number of his previous films,” said Ollie Madden, director of Film4. “This new project, a documentary-style vision of the future, as terrifying as it is an urgent call to action, had us immediately hooked. We can’t wait to see what Asif and his expert team create.”


This article first appeared on our sister site, Screen Daily.