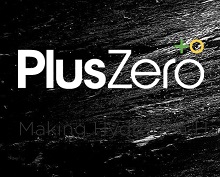 The partnership with PlusZero will see the two companies explore a fully renewable energy solution for Longcross Film Studios, Serious Stages’ largest film production location in the UK and the filming site of the recent Mission: Impossible 7 as well as a number of Disney+ productions.

It will explore options to power off-grid film and TV production using green hydrogen technologies, including the potential for on-site hydrogen production using renewable sources such as solar or wind, which coincides with Disney+ and Netflix's recent ambition to meet net zero across their operations.

David Amos, managing director at PlusZero said: “At PlusZero, our mission is to provide carbon-free power wherever it is needed. Portable power is a significant requirement for the film and TV industry and our pioneering green hydrogen generator has already displaced tons of harmful greenhouse gases that would otherwise be emitted into the atmosphere by traditional diesel generators at outdoor events. 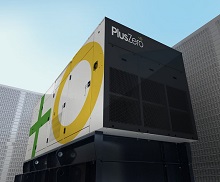 “I am hugely excited to have signed this Memorandum of Understanding with Serious Stages and firmly believe our work together at Longcross Studios can set a precedent for the UK’s burgeoning film and TV industry to fully decarbonise.”

Max Corfield-Moore, operations manager and director at Serious Stages added: “Serious Stages have been industry innovators for over 35 years and we are very excited to be working in partnership with PlusZero to incorporate fully renewable power solutions into the work that we do supporting the UK’s film and TV industry.”

The £70million development project in Liverpool to turn the iconic Littlewoods building into a major film and TV studio has taken a step closer as a deal has been signed for the work to begin.

Plans for new Isle of Wight film and TV studio

Plans are underway for a new film and television studio to be built on the banks of The River Medina on the Isle of Wight.

Pallion Engineering has submitted plans to Sunderland City Council to transform its shipyard on the River Wear into a film production complex.

Last chance to book your spot in World of Studios – UK!

Following the success of our inaugural studios supplement last year, we are going to press soon with the second edition, now called World of Studios – UK.