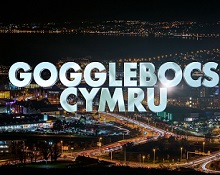 S4C has awarded the tender for Gogglebocs Cymru – the Welsh-language iteration of Gogglebox – to two north Wales-based indies, Chwarel and Cwmni Da. The companies will co-produce the format.

Chwarel, based in Criccieth, is best known for making The Great House Giveaway for Channel 4 and Ty am Ddim for S4C, while Cwmni Da in Caernarfon has produced across drama, factual, children’s and sports.

The co-production marks the first time Studio Lambert and Channel 4 have licensed the Gogglebox franchise to another UK-based broadcaster. 70% of the content will be bilingual Wales based programming (S4C/ITV Wales/BBC Wales), with the remaining 30% coming from UK Network broadcasters and SVoDs.

Casting is underway for the series now with the first episode due for broadcast in November on S4C, to coincide with the channel’s 40th birthday celebrations.

Sioned Wyn, MD of Chwarel, said: “It’s going to be absolutely amazing. We’ve been waiting a long time for something like this. The ambition is to make it not only the top-rated show on S4C, but the whole of Wales – and beyond.”

“We’d been talking about working together for a while” added Llion Iwan, Cwmni Da’s managing director, so when the franchise for the UK’s most popular TV format came up – it was a dream come true.  Who doesn’t want to work on Gogglebocs! So glad we got it!”

Llinos Griffin-Williams, S4C’s chief content officer said: “Gogglebocs Cymru is set to be a gamechanger for S4C. We are thrilled the hit format has been entrusted to us by Channel 4 and that two of Wales’ dynamic indies are coming together to deliver this familiar, much-loved show.”