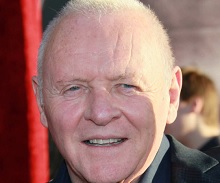 See-Saw Films has just started production on One Life, a feature starring Anthony Hopkins and Johnny Flynn telling the incredible true story of Nicholas Winton and the Czech Kindertransport.

Winton, then aged just 29, helped nearly 700 children – most of them Jewish - to escape Czechoslovakia and the advancing Nazis on the eve of World War II.


He had visited the country briefly and while there, put together a list of those children who needed safe passage out of the country.

Back in the UK, he worked to sort out the legal framework so the children could be sponsored and rehoused in Britian. The humanitarian rescue that he led, getting hundreds of children away from the perils of war, became known as the Czech Kindertransport (‘children’s transport’ in German). Winton died aged 106 in 2015.

Hopkins and Flynn play Winton at various stages of his life. See-Saw Films produce with BBC Films; James Hawes directs from a screenplay by Lucinda Coxon and Nick Drake. Shooting takes place in the UK and Prague.

With a single point of contact from enquiry through to end of production, using our services couldn't be easier. At location base facilities our fleet… more Call: 07445 521709   |   Add to Shortlist