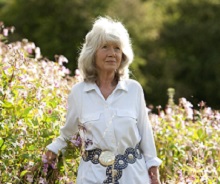 Happy Prince is to produce an eight-part adaptation of Jilly Cooper’s hit novel Rivals for Disney+.

Rivals is set in the fictional county of Rutshire (as part of the author’s Rutshire Chronicles series of books) and is set in the cutthroat world of independent television in the late 1980s.


Cooper’s regular protagonist, the dashing Rupert Campbell-Black, is at the centre as he comes up against his rival, Rutshire neighbour and TV franchise controller Tony Baddingham.

Production Intelligence subscribers can access more details on Rivals from 26 August – including the shoot dates, location and name of production designer. Non-subscribers can click here to request a free online demo.

Treadwell-Collins said: “I have been wooing Jilly Cooper since I first started working in television. Jilly's iconic novels' razor-sharp observations on class, sex, love and what it means to be British resonate even more today than when Jilly wrote them in the 1980s. I'm so excited to bring Rivals to the screen, entertain fans of the beloved Cooperverse and introduce a whole new generation to the sweeping love stories, social satire and biting wit of Rutshire.”

Cooper remarked of the greenlight: “I am so, so excited. Throughout my childhood, my favourite word was ‘Disney’, and by a miraculous coincidence, greater-than-ever Disney are joining forces with an utterly brilliant drama company, Happy Prince, to turn my novel into a TV series.

“I know they will bring the boardroom battles and love triangles of my characters to life – particularly those of my devastatingly handsome hero. I cannot wait to see who will be stepping into his shoes…let the hunt for our Rupert Campbell-Black commence!”