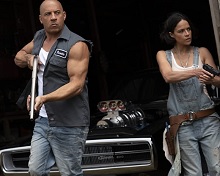 Filming began in the UK in April on the feature, which sees Diesel reprise his role of Dominic Toretto. Other cast members including Michelle Rodriguez, Brie Larson, Cardi B, Michelle Rodriguez and Tyrese Gibson are joined by Jason Momoa for the tenth instalment.

The production base has been at Warner Bros. Studios Leavesden but the film has also been shooting at several international locations including Italy and Portugal.

An eleventh film is also in the pipeline to round off the hit series, but at the time of going to press, there were no production dates in place and reports suggested that the final two features may be delivered as a two-parter, rather than as separate films.