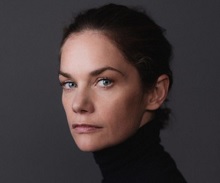 The 6 x 60 gothic detective story is created and written by Joe Murtagh and examines the legacy of one of Ireland’s most notorious scandals – the institutions known as The Magdalene Laundries.

Production Intelligence subscribers can log in for more on The Woman in the Wall, including shoot dates and location, plus key HoDs on board including the line producer and producer. Non-subscribers can click here to request a free walk-throughof the site.

Murtagh said: “My family is from Mayo, the county in which the fictional Kilkinure is set, and it deeply frustrates and saddens me that it feels so few people have heard of the Laundries that existed across Ireland.

“I hope that by making something that has the familiarity of a genre piece we are able to shed some light on the awful things that occurred within these kind of institutions and introduce this history to the wider public, so that nothing like it may ever happen again.”

Lavender and Maxwell added: “Joe Murtagh has crafted a brilliantly inventive and emotionally powerful exploration of the personal and collective traumas experienced by the survivors of the Magdalene laundries and Mother & Baby Homes.

“It’s a testament to the unique quality of Joe’s scripts that this series/show has attracted the extraordinary talents of Ruth Wilson, Daryl McCormack and director Harry Wootliff to work with us to bring this profoundly relevant story to audiences around the world.”