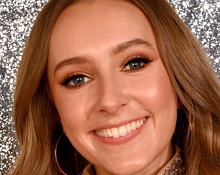 A new session has been announced on a timely theme: The Big TV Talent Crunch.

Sponsored by ScreenSkills, the panel will discuss how the explosion in post-pandemic production across multiple genres of content is leading to a shortage of behind-the-camera talent, as hiring experienced crew becomes increasingly expensive.

With the power firmly in freelancers’ hands, the discussion will examine how producers can find and keep the best talent, as well as handle rocketing rates and the temptation to overpromote.

Also on 25 August is a masterclass called His Dark Materials – Pushing Boundaries in New Worlds,  held at FilmHouse. The TV adaptation of Philip Pullman’s novels will include behind-the-scenes footage from the third and final part of the trilogy and discussion on the challenges of re-creating Pullman’s world for television.

Other masterclasses will be held on Heartstopper and Ghosts.

How to Avoid a World Without Indies is an hour-long session on 25 August. As today’s broadcasters come under renewed pressure to protect themselves financially, there are consequences for programme budgets and some indies are squeezed to breaking point.

Gold Wala’s Faraz Osman hosts a panel with Pact’s John McVay, Channel 4’s Rebecca Thorpe, production manager Kathryn Jein, and Chalkboard’s Mike Benson, to ask if there is more to be done give real financial support to the true British independent sector. And how can all industry stakeholders work together to ensure we avoid a world without indies?

The packed three-day schedule includes the landmark MacTaggart Lecture, networking sessions and meet-ups and talent schemes, as well as the huge amount of panel discussions and themed sessions.


This year’s Alternative MacTaggart will be delivered by Rose Ayling-Ellis, actor, pioneer for the deaf community and BSL campaigner. The lecture will include details on her experiences as a deaf actor and she will address the realities of life as a young person with disability in this industry.

Ayling-Ellis said of the engagement: “I am so excited to be delivering this year’s Alternative MacTaggart lecture. It is a privilege to be able to use my platform to raise awareness and understanding of the deaf community.

“It is vital that we keep talking about the realities faced by those with disabilities in the industry, and I am so thrilled to be given the opportunity to address these important issues at this year’s lecture."

The Variety Outstanding Achievement Award will go to actor, writer and director, Diane Morgan, who will also appear in an In Conversation session to discuss her 20-year career.

The Welsh government has launched a scheme to develop the country's existing and future generation of screen industry talent.

Studios Spotlight: Behind the scenes at London Film Studios

With so many new and expanding studio spaces springing up around the UK, we are taking a look behind the scenes of some of the facilities – many of which are highlighted in our UK Studios Supplement

The SVoDs’ spend with British indies slipped for the first time last year to below £300m, according to Pact.