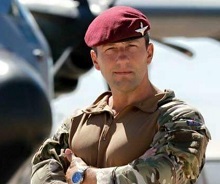 With more than 24 years’ global deployment experience within the British Army, Paul has spent the decade since he left the army as a specialist adviser on feature film and HETV dramas, as well as providing technical surveillance and close-protection advice and services for private clients in the industry.

Here Paul explains just why having a technical military adviser on a production is so crucial for authenticity and safety.

Pre, Pre-Production
Ideally, I should be brought on to a production as early as possible. On some shows I attend the writer’s room, helping to make the stories authentic and help save all departments weeks trying to research for the correct military equipment or costumes.

Having a military background I have the relevant knowledge to know - off the top of my head during a quick chat with contacts – how to source what is required very early. 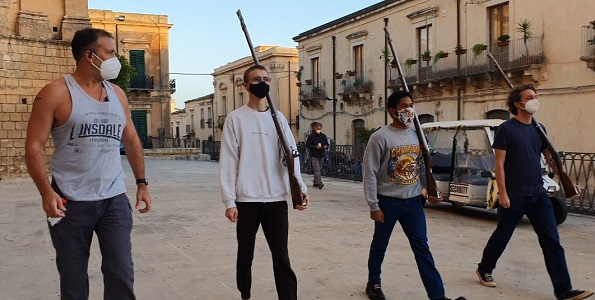 Pre-Production
Once the script is complete I will add further notes to help the action run realistically within the story unfolding. I will work closely with the stunt co-ordinator, hair and make-up, costume designer, props department, FX departments and armoury department.

Basically I make life easier for each department during prep as they can simply throw the military questions my way for a quick response, which saves them time and money from their respective department’s budgets. Sometimes, HoDs will not have a clue where to look, or exactly what they’re looking for, and Google is not always your friend. 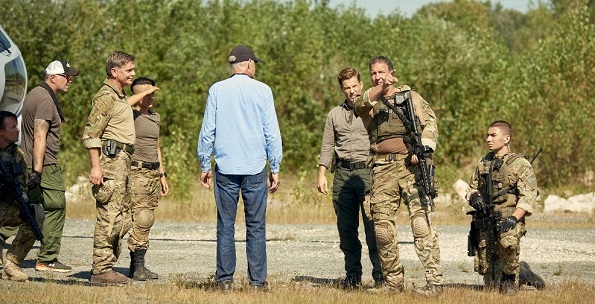 Boot Camps
Based on the script requirements, I will formulate a training programme/boot camp along with risk assessments. The risk assessment will involve every aspect of the training from the area being used and the weather conditions to the equipment needed to meet the task.

The boot camp will sufficiently prepare the cast, stunts and supporting artists on how to move tactically, and how to use weapons realistically and safely for the period being portrayed in a safe, controlled environment.

When required I will arrange a one-on-one fitness and weapons safety programme to physically and mentally prepare the cast for their roles.

Before any boot camps for supporting artists I run a day’s selection programme to ensure we get the right people for the roles, and who are physically and mentally robust before investing time and money in training them for the roles.

This also helps avoid any costly litigation cases as we can identify anyone with any health issues before we start any strenuous activity. I have been on a set where an extra has tried to sue a production for loss of earnings, claiming he was injured during training. However, his injury was historic and the case thrown out, but more time was wasted.

Last-minute training and specialist performers
Sometimes there isn’t time for such pre-shoot training, so I have lists of specialist performers I have trained in the past whom I can call on for specific roles. The only requirement being a 20-minute ‘remind-and-revise’ training session just before the scenes take place which can save a lot of heartache for the crowd 2nd AD.

Filming
My primary role is to support the production and to provide realistic solutions for the director from a military perspective. Even when artistic licence is required there’s always a plausible solution to still make it authentic.

All departments will require my help at every stage of the filming process. This can range from advice on issuing the cast and extras with the right weapons and equipment for their roles to keeping an eye on the morale and welfare of the extras, which is equally important if a production has invested time and money in training them all.

If you have 500 extras trained to perform a specific drill movement it can take just one untrained extra to ruin the whole shot if he is not up to speed. 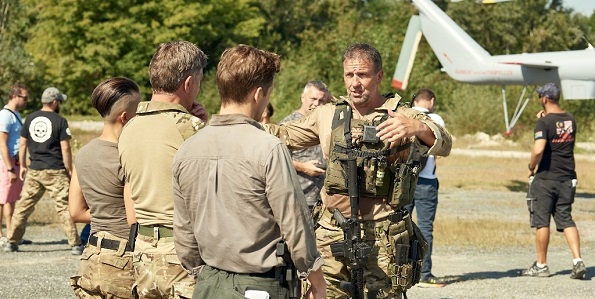 Post-Production
Once wrapped, my job does not stop. I will be asked further questions from the FX and sound departments. I attend ADR [automated dialogue replacement] sessions and at times am asked to check the theatrical poster to make sure there are no mistakes.

In Summary
There is a huge amount of responsibly on the shoulders of a military technical adviser and you need to have very thick skin. Get it wrong and you will be savaged for it, in particular by those in the military community.

Even when it’s not your fault and you were only brought in on the day of the shoot without any other input, they will not understand and say, “Who was the military adviser on that?”

With many thanks to Paul Biddiss for his help in compiling this article.