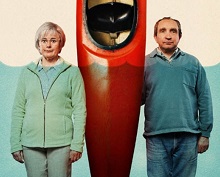 All3Media-backed Story Films is developing a new four-part drama exploring the real-life events surrounding the collapse of Barings Bank and the man whose fraudulent activities brought it down, Nick Leeson.

The Man Who Broke The Bank (w/t) is from seasoned scribe Tony Marchant and is written using research from multiple books, archives, personal accounts and recent conversations with Leeson himself. The broadcaster is to be announced.

Story Films’ recent credits include other true-life dramas The Thief, His Wife and the Canoe for ITV, which dramatised the story of infamous conman John Darwin, and Deceit for Channel 4, based on the Rachel Nickell murder case.

Story Films’ co-founder, Dave Nath, said: “Tony Marchant’s scripts tell a gripping tale of ‘90s hubris, of squandered talent, fear, fraud and disgrace.  We couldn’t have hoped for a more talented writer to tell this incredible story in such a dramatic and nuanced way.”

Louise Pedersen, CEO of All3Media International, who will be distributing the series, said: “There is a great appetite in the global market for true crime dramas, particularly those that offer a fresh take on the true crime narrative.”