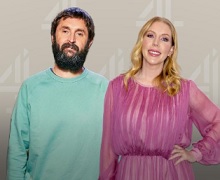 The series comes from Hungry Bear Media and will see the duo embark on the pursuit of bargain getaways, with each episode showcasing a different genre of holiday, such as family seaside breaks, girls’ weekends away etc.

Joe and Katherine’s Bargain Holidays is a 6 x 60 and executive produced by Dan Baldwin and Mel Smith.

Wilkinson said: “If pushed on it, I’d have to say my three favourite words are: ‘bargain’, ‘holiday’ and ‘voucher’ (and ‘large vacuumed packed portable food bags…’). This series gets under the skin of all three. We’re going to uncover the biggest bargain holidays in the world and we’re going to have some fun doing it! (And some tears, I well-up at the drop of a hat).”

Ryan added: “Three of my favourite words are: ‘cocktails’, ‘Maldives’ and ‘helicopter’. This series is really going to test my friendship with Joe.”

Baldwin, managing director of Hungry Bear Media, commented: “Hungry Bear are delighted to make this show for Channel 4. The world cannot have enough laughter…or bargains. Watch out for the best tips, advice and genuine money-saving tricks to have the most brilliant holidays on a budget, guided by two great friends and two masterful comedians, Joe and Katherine.”