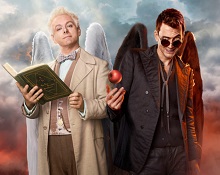 ScreenSkills’ HETV Leaders of Tomorrow programme is now open for applications for the 2022 iteration; applicants must have an industry nominator.

The scheme is a three-year inclusion programme focused on providing comprehensive and tailored support to mid-level professionals working in high-end TV.

The aim is to give them the tools to progress to a senior, decision-making role in the future. The programme was created to meet industry demand for more effective career pathways to encourage increased diversity in leadership roles within the sector.

• Access to an HETV professionals pool of industry experts for tailored one-to-one support, advice and expertise

Individuals can only apply for the programme after being recommended by a nominator. The nominator must work at a senior level within high-end TV. This will need to be evidenced in the application.

Nineteen Leaders of Tomorrow were selected in the pilot programme in 2021. They all worked behind the camera and came from a range of departments.

Fifteen places were supported by the High-end TV Skills Fund with industry contributions from high-end TV productions, with Netflix, Sky Studios funding an additional place each and the BBC a further two.

They each have access and resources tailored to what they need to progress to head of department or to a decision-making role in the future.

Full details on how to apply can be found here.

David Crewdson, who works in the art department, described his experience: “The LoT programme has been a fantastic opportunity for me. It has introduced me to a network of support and training that has accelerated my progression within the industry. Beyond tailored professional training and an experienced hand-picked mentor it has also provided essential access to funding that has facilitated on-the-job experience and shadowing of established personnel that has been crucial to my own development.”

Payam Hosseinian, who works in post sound said: "Through mentorship and placements, LoT has opened doors for me. Doors that I felt were closed for years. Through the programme, I'm meeting people who are very generous with their time and are not afraid to go the extra mile in order to make our industry a better place for all of us."

Monika Chowdhary Kuczynski, who works in VFX, added: “The access to leadership, management and communication training, as well as professional coaching through Leaders Of Tomorrow, has been immensely empowering. The scheme has really allowed me to identify and promote my strengths and take a seat at “the table”, so to speak. It’s also introduced me to a cohort of incredibly talented, driven and downright lovely people whom I now consider friends.”