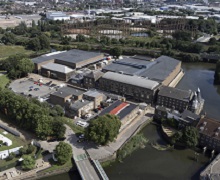 The 3 Mills Studios site is London’s oldest continuously-running industrial centre and is referenced in the Doomsday Book. The mills provided flour for the bakers of Stratford during the time of Henry VIII then also supplied grain for the gin distillery that operated on the site from the 17th Century.

From the 1980s most of the island become a dedicated centre for film and television production with the establishment of Bow Studios, 3 Mills Island Studios and Edwin Shirley Productions and in the mid-1990s the three studios merged to become 3 Mills Studios.

The renovations will see the transformation of several of the site’s heritage industrial buildings, including the Grade II-listed Custom House and the Gin Still building, into over 10,000sqft of modern creative workspaces.

Custom House will be completely renovated - in line with strict conservation guidelines - into office space that will suit a creative company headquarters, and the Gin Still will be transformed by the introduction of two new floors of film/television production offices and a multi-purpose creative space on the ground floor.


The Studios’ Screening Room will be revitalised into a 60-seat multi-use cinema and presentation space, providing a dedicated venue for screenings, learning events and conferences, and a significant upgrade will be made to the digital infrastructure across site. Further upgrades to the historic cobbled streets, the Studios’ HV/LV power supply, and welfare services, will also be undertaken.

The works are supported by the government’s Getting Building Fund via a £3m grant allocated by the Mayor of London, and a further £1.9m funding has been provided through the London Legacy Development Corporation (LLDC)’s Community Infrastructure Fund. In total, inclusive of these grants, the LLDC is investing nearly £6m into the renovation and modernisation project.

Justine Simons OBE, deputy mayor for Culture and the Creative Industries said: “London is renowned as a global capital for film and television and 3 Mills Studios has been central to this success story. I’m delighted to support the restoration of these historic buildings – much loved by filmmakers from around the globe. At a time when the industry is booming, it will enable 3 Mills to play a major role in driving our recovery across the capital and throughout the Thames Estuary Production Corridor.”


Paul de Carvalho, general manager and head of studios at 3 Mills Studios, added “3 Mills Studios has always been a charming place for film, television and theatre creatives to work. These major works will allow us to increase the utilisation of our historic spaces while improving the services we offer across the site and will further add to our creative campus atmosphere." 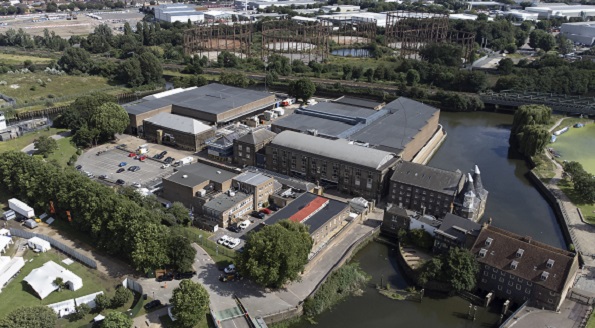 3 Mills is well known for hosting many high-profile shows, including Masterchef, The Great (all three series) and Expendables 4.