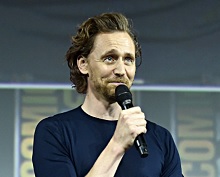 Loki is the third television series in the Marvel Cinematic Universe (MCU) to be produced by Marvel Studios and is created by Michael Waldron, based on the Marvel Comics character.


The story takes place after the events covered in the 2019 feature film Avengers: Endgame, when Loki takes the Space Stone.

Hiddleston is once again in place as the titular god of mischief; production on the six-episode run is based at Pinewood Studios. The whole shoot is due to take place in the UK this time around - Season One filmed largely at Pinewood’s Atlanta Studios from February 2020.

Disney has taken a long-term lease at Pinewood Studios as part of its ever-increasing UK presence. Streaming channel Disney+ has upped the level of UK-based original content commissions too: currently in production is Lookout Point’s hefty swashbuckling drama The Ballad of Renegade Nell and eight-episode updated iteration of The Full Monty.

The post-production work on Seven Stories’ and Moonriver TV’s Nautilus, now filming in Queensland for Disney+, will be done in the UK.

Founded in 1910, Rosco is a leader in products for the entertainment, film, and television industries. Best known for lighting filters, the company offers product… more Call: 020 8659 2300   |   Add to Shortlist