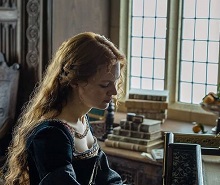 From UK production company The Forge, Becoming Elizabeth is written and created by playwright and television screenwriter Anya Reiss; The Forge’s George Ormond and George Faber are executive producers. Lisa Osborne produces with Justin Chadwick in the director’s chair.

Becoming Elizabeth was predominantly filmed on a network of intricately detailed period sets built at Bristol’s Bottle Yard Studios between September 2020 and January 2021.

Filming also took place at Bristol Cathedral, assisted by Bristol Film Office. Locations further afield that feature in the eight-part series include Wells Cathedral and The Bishops Palace & Gardens in Wells, Barrington Court in Somerset, Berkeley Castle in Gloucestershire, Church of the Holy Cross in the Gloucestershire village of Avening, Cardiff Castle, Broughton Castle in Banbury and Haddon Hall in Bakewell.

Producer Osborne said: “The Bottle Yard Studios was the perfect base for Becoming Elizabeth in the pandemic year of 2020/21. A friendly welcoming home for our amazing Tudor sets - a palace, a manor house and a prison cell all fitted with ease into two of the Studios’ cavernous Tank Houses - and brilliantly sited for access to the many period properties in South West England. 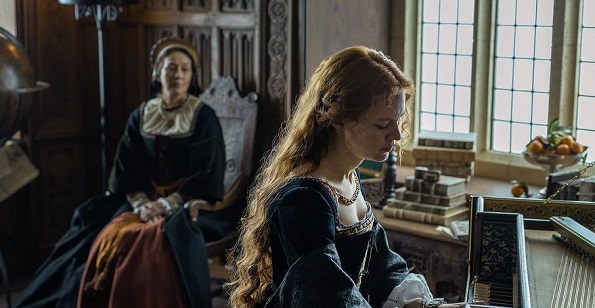 “Henry VIII built the Palace of Whitehall for Anne Boleyn so much of it would have been quite new during the period of Becoming Elizabeth, although none survived into later centuries. Production designer Stevie Herbert was therefore able to draw on historical records for authenticity, but also to let her imagination go in using every inch of The Bottle Yard’s biggest stage to create a suite of rooms suitable to the story’s needs.”

Designer Herbert added: “The stories about this court are set in two or three rooms at the very heart of Whitehall, where everyone is trying to get through to the King. So there must be a threshold, because the King is the power and key to their advancement in society.

“We created a suite of spaces getting closer and closer to the King’s most private chambers, starting in Vicars Close in Wells, and up the Chapter House steps in Wells Cathedral, to the Long Gallery at Haddon Hall in Derbyshire and on to the Bottle Yard sets, where we move from the splendour of the public Great Hall through semi-private state rooms to the intimacy of the King’s bedchamber.

“The Bottle Yard’s Tank House 2 studio had the ideal height and scale to accommodate our Whitehall Palace build. Exteriors and interior sections of the palace were shot on location, whilst the studio build is part of the centre of the Palace, the seat of power, where the King meets his Court. Whitehall was a warren like space, full of covert corners and large decorative impressive chambers, halls and living quarters.

“The build takes you along Norman corridors and through archways, into an antechamber. The large room attached is where the Privy Council meet to govern. Travel in another direction and you enter the Watching Chamber, which leads to a two storey build of the Presence Chamber/Great Hall with its vertical Gothic details. This is where ambassadors meet the King and the court feast. Beyond this threshold the build becomes Tudor in style, commissioned by Henry VIII these are the kings Privy Chambers, including his Bedchamber. Heavy, solid, decorative and glamorous, a world that speaks of wealth and power. 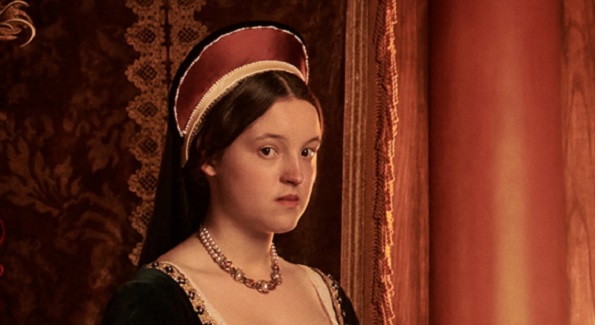 “Whilst our Chelsea Palace exteriors and interiors were filmed on location, the inner chambers of Catherine Parr’s world, including corridors, bedchambers and salon, formed the composite set in The Bottle Yard’s Export Warehouse stage. Henry VIII built this Tudor palace for his Queen, it is of scale, different in detail and style from the world of Whitehall and the Court. The inner chambers have a homely intimate feel with honey-coloured panelled walls, decorative details and elaborate plaster ceilings. The Export Warehouse stage also accommodated a build of living quarters and a cell from the Tower of London.

“This period is all about finishes and as our exteriors were Wells Cathedral and Haddon Hall in Derbyshire we had to compare with those locations. You look at Hampton Court as a reference and you think ‘he’s a King - it must be tall, it has to be elegant, it has to be powerful ‘and then you can choose to go back to the court of King Arthur and also make it colourful and gilded. I could go on decorating the sets forever!”

You can take a further look behind the scenes here.


Becoming Elizabeth premieres on Sunday 12 June at midnight on all STARZ streaming and on-demand platforms.

All images via Starz.