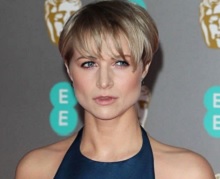 Niamh Algar stars as Dr Lucinda Edwards, a battle-hardened doctor, who becomes embroiled in a nightmare scenario when a shift ends in the death of an opioid overdose victim, Edith Owusu.

Production Intelligence subscribers have had access to information about Malpractice since March, including shoot dates, location and key HoDs.

Ofori-Attah said: “I’d worked as an NHS doctor for over a decade when I first came to World with an idea that would become Malpractice. Malpractice explores the inevitable pressure-cooker created when doctors under investigation are forced to second-guess their clinical decisions, justify their every action but carry on with the day job as normal.

“It has been an absolute joy and privilege creating Malpractice with the team at World, who are well-versed in creating drama that’s endlessly entertaining and surprising, and I can’t wait to see it on screen.”


Algar added: "I’m thrilled to be a part of this project. I was blown away by Grace Ofori-Attah's script and the team attached in creating Malpractice. I’m a huge fan of Phil Barantini’s work, his movie Boiling Point is an astonishing piece of work and I’m so excited to see how he approaches Malpractice.  I’m absolutely over the moon that we are working together on this special series."