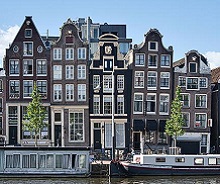 The pilot will be delivered as a one-hour musical drama and is written by Richard Mason, who is adapting his own novel of the same name. Julie Ann Robinson is director; she also exec produces alongside Mason.

The story takes place in Amsterdam in 1907 and centres on Piet Barol, played by Callum Kerr, a young man with a penchant for hedonism.


When his mother dies, Piet finds himself tutoring the troubled child of a wealthy Amsterdam family, and must navigate his way through the temptations of his new, glittering lifestyle, played out against the backdrop of the Belle Epoque. Carla Woodcock co-stars.